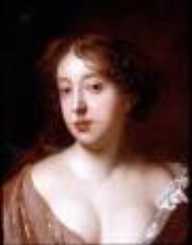 Nell Gwyn, a notable British actress, was born on February 2nd, in 1650. She earned her fame for being the concubine of King Charles II. As a couple, Gwyn and King Charles II had two children together.

Nell Gwyn was born on February 2nd, in 1650. Gwyn’s mother was called Ellen.

In 1669, Nell Gwyn became the king’s concubine. After this, Nell continued entertaining King Charles II in his court. During this period, she lived an extravagant life. With her persuasive power, she managed to lure the king into making her son named Charles Beauclerk as the 1st Baron Heddington. Later on, her son Charles became the Duke of St. Albans. Unfortunately, her second born son called James passed away in 1680.

King Charles II considered Nell Gwyn as his most beloved concubine. This was influenced by the fact that Nell was also loved by the public. Her figure was too intriguing to many. Later on, when the king passed away in February 1685, Nell was left in a huge financial dilemma. Nell was left in a huge debt that her creditors went to the extent of outlawing her. James II, however, helped Nell pay off her debts, therefore, restoring her credit status.

After suffering from partial paralysis in March 1687, Nell Gwyn passed away in November the same year. She was only 37 years old at the time of her demise.