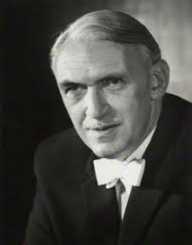 Alan Bullock is an English historian and writer whose publication which focused on Hitler propelled him to fame. He also served as at the prestigious Oxford University as its Vice-Chancellor. In 1972, he was knighted and consequently was made as Baron Bullock of Leafield four years later in 1976.  He died at the age of 89 on February 2, 2004.

Born on December 13, 1914, in Trowbridge, Wiltshire as Alan Louis Charles Bullock, he came from a very humble abode. His mother worked as a maid while his father, Frank Bullock, worked as a gardener. While growing up, his family relocated to Bradford where his father took a job as a Unitarian minister. Despite coming from a poor family, he was encouraged and inspired by his father to pursue his education.

Even as a child, he showed academic excellence and won a lot of academic competitions. He attended Bradford Grammar School and upon graduation attended Wadham College where he won a scholarship and soon after studied at Oxford University.

He spent five years studying in the college of which his hard work paid off when he graduated with two degrees: Classics which he attained in 1936 and History in 1938.

Upon graduating from university, Alan Bullock started working under Winston Churchill as his research assistant until World War II broke out. Since he had asthma, he was deemed unfit for active duty at the field. Instead, he served for the British Broadcasting Corporation’s (BBC) European Service. When the war came to an end, he returned to Oxford. While in Oxford, he took a post as a modern history fellow in 1945 at New College and started teaching modern history while also serving as the college dean.

It was also during this time that he started working on his debut book and internationally acclaimed work: Hitler: A Study in Tyranny. The book was released in 1952 which was greatly received by people and accounted for his prowess as a historian.

Four years later in 1956, he released another book entitled The Liberal Tradition from Fox to Keynes followed by a biography of trade union leader Ernest Bevin entitled The Life and Times of Ernest Bevin which consisted of three volumes the first one being released in 1960, the second one is 1967, and the third one in 1983.

Alan Bullock also served as the founding master of St. Catherine’s College, which was established in 1960. It was built to cater to graduates and undergraduates of Oxford University. He also holds the title as the first Vice-Chancellor at Oxford to serve full-time for four years from 1969 until 1973.

Besides serving in Oxford, he also worked at the National Advisory Committee on the Training and Supply of Teachers as its Chairman from 1963 to 1965.

Besides being involved in academics, Alan Bullock continued his passion for writing. His other works include the Faces of Europe which was released in 1980, The Humanist Tradition in the West in 1985, the 1987 release of Has History a Future?

In 1991, he also published Hitler and Stalin: Parallel Lives which discussed the careers of the two figures which have significantly derived off from each other to some extent. A year later in 1992, this book became the recipient of the Wolfson History Prize.