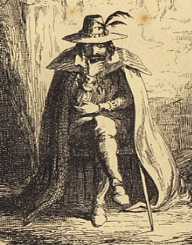 1605 Gunpowder Plot is what brought Guy Fawkes to the limelight. Other than that, the plotter was a British fighter. Sources suggest that Guy had an attractive and humble personality from afar. Even so, there was more to him than just what was seen from the outside. He was one of the leading men that plotted blowup of the House of Parliament in London. They aimed to end the life of King James I and VI. Wonder if their plot worked or not? Here are the facts:

It is presumed that Guy Fawkes was born around 1568 to Edith and his father, Edward Fawkes. Guy loved to spend time with his two elder sisters; Elizabeth and Anne. Unfortunately, his father died while he was still learning to crawl. Several years passed and Edith got married to Dionis Bainbrigge.

Guy Fawkes became fond of his stepfather’s Catholic practice. Well, it wasn’t that long that he opted to put Dionis belief into practice. It was a crime to convert to Catholicism during Elizabeth’s I rule, but all this fell into deaf ears for Edith’s family.

Guy first joined St. Peters School, and after his completion, he went to work for Ist Viscount Montagu, Anthony Browne. He also worked for Browne’s successor, Anthony-Maria Browne who was the 2nd Viscount Montagu.


Promotion as a Captain

In 1592 Fawkes traveled overseas with a plan to become a member of the Catholic Spanish Army. The military fought against the Dutch forces as well as controlling parts of the Netherlands. With great zeal and up to the marked skill, Guy received a Captain rank position. The post gave him “Guido” moniker. In between, he gained the profound ability to use the gunpowder.

It all started in 1604 where Guy went to fight against the Flanders. There he met Thomas Wintour, a dissatisfied English Catholic. He took the role of encouraging Guy to join the already forming conspirator group. That is how the plot to assassinate the King began.

For almost a year, Fawkes plus twelve other crime participators calculated a plan to blow the House of Lords. Well, they had three plans in store; first to blow the house of kings, second to assassinate the King and third to replace the ruling King with a Catholic devotee.

For a successful outcome, Fawkes carried 36 drums of nothing else but the gunpowder to parliament’s basement. His target was to light the gunpowder as soon as King James I stretched out the parliament doors on November 5, 1605.

Just a day for King James I to open the House of Lords, Guy Fawkes was suddenly seen in guard with his 36 drums of gunpowder. Well, there was nothing else left to do for him or say, evidence was just right there and in front of him. He was taken to the Tower of London and mercilessly tortured for two days consecutively.

While in detention, Fawkes admitted his failed plan with a signed confession. For this attempt King James I praised him for his enormous dedication. After that applause, he was assassinated, and his body was divided into quarters then hanged out in public. To remember the plot’s frustrations, on November 5 Guy Fawkes statue is burnt in a sizable open-fire for celebration.