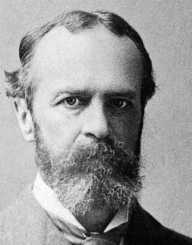 Allow me to call him Dr. James Parkinson. He led a fascinating life that was full of varied diversions and pursuits. He relied on his remedial work, but he also had other exciting areas. He loved paleontology, chemistry, social reforms, and geology. He is famously known as the man behind the shaking tremor. He still occupies a prolific position in the Parkinson’s disease history. He is responsible for describing and identifying the Shaking Palsy condition. The bio summarizes the career and life of one of the most distinguishable names in the neurology department.

There is little to no information about his childhood life. It is believed that James Parkinson was born on April 11, 1755, in England, London, United Kingdom. His parents Mary and John had three children; James was the eldest, Mary and William followed. His father worked as a doctor hence influencing his son, James into the industry. Following his father’s ideals, James went to London Hospital in 1776.He took his doctorate career seriously. In 1800 James received a compiled pamphlet that was known as ‘the hospital pupil.' He tried to read one letter to the next to understand the system of medical education.

Parkinson medicine interest made him become a guru in his own experience. After his father’s death, James received a diploma in the Royal College of Surgeons. He later worked as a general practitioner in Hoxton for over a decade. Parkinson opted to partner with his son James (just like his father’s first name).His son led Parkinson’s work when he retired. His interest in general health made him care about the wellbeing of others. He offered ample support in several departments such as mental institutions in Hoxton.

Writing consumed the rest of James Parkinson’s life. He was selected to lead the Medical Society of London in 1787.James took it as an opportunity to showcase his writing skill. He loved to write pamphlets and papers for general public and community at large. His first article titled ‘Some Account of the Effects of Lightning’ that proved that he was a talented writer. He also wrote medical books such as ‘bleeding from the nose’ and ‘folly of too much care and anxiety after health.'

James was a science and medicine enthusiast to the bone. This gave him a chance to be elected as the president of Association of Apothecaries. The union dealt in the preparation of drugs and medicine as well as selling them to different departments.

James Parkinson will always be remembered for his work in ‘An Essay on the Shaking Palsy.' The book has systematically described the ‘shaking palsy’ symptoms. He was encouraged to write the book after observing six patients suffering from the disease. After few decades, the disease was named as ‘Parkinson’s Disease.'

To understand Parkinson’s medical system, you have to understand first where it originated. At a glance, Parkinson’s is an ancient medical theory that was first known as Kampavata according to Indian Science and Medical Department. As we embark on Western medical literature, the ailment was referred to as the ‘Shaking Palsy.' It was not until James Parkinson published a detailed review on the subject.

There is thousands of evidence about the disease, but it will remain a mystery to others. The symptoms tend to vary depending on one individual's age. It is understood that the brain is the primary root of dopamine deficiency. This happens when the brain starts to produce low dopamine. The results are quite visible such as having less ability to move and emotional imbalance.

In 1960 several Pakistan’s patients were identified. The first drug-Levodopa was given to stabilize the symptoms. However, there is still no cure for Pakistan’s Palsy. To avoid further complications, the symptoms are typically controlled and reduced by following different stages of diagnosis.

James Parkinson had a varied life that gave him the interest to be a political activist. On 21 May 1783, James married Mary Dale. The couple was blessed with eight children; unfortunately, they didn’t live to see their teenage life. In 1824 James suffered a stroke that he reached a point where he was unable to talk. On 21 December 1824, James Parkinson died.