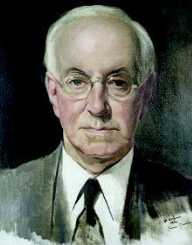 Andrew Fielding Huxley returned to the University of Cambridge after the war to work on the interference microscopy suitable for studying muscles fibers. In 1954, his work with German physiologist, Rolf Niedergerke led to the discovery of the mechanism of muscle contraction known as the “sliding filament theory.” This became the basis for modern works of muscle mechanics. Andrew Fielding Huxley was appointed the head of the Department of Physiology at University College London in 1960.

Andrew Fielding Huxley became a postgraduate student of Alan Lloyd Hodgkin who was at Trinity College for his fellowship in 1939. Hodgkin had a great interest in the transmission of electrical signals along the nerves and with his measurements on frog sciatic nerves, in 1935; Andrew Fielding Huxley proposed that the accepted view of the nerve as a simple, elongated battery was false. To research further into the problem, he invited Andrew Fielding Huxley to join his research team. The team face several challenges during the experiment. This was because to the small size of most made it difficult to study them with the available technique of the time. This hindrance was eliminated while working at the Marine Biological Association Laboratory in Plymouth.

While there, they used a giant axon of the longfin inshore squid, which has the largest neurons. They jointly published a short paper in Nature in 1939, to announce their achievement of recording action potentials from inside a nerve fibre. The team abandoned the project during the World War II. During the war period, Andrew Fielding Huxley was sent to the British Anti-Aircraft Command, where he worked on radar control of anti-aircraft guns. Andrew Fielding Huxley was later moved to the Admiralty to work on naval gunnery.

In 1941, Andrew Fielding Huxley was elected to a research fellowship at Trinity College, Cambridge. After the war, he returned to Cambridge in 1946 to start the research with Hodgkin. After their research, which took about six years, they concluded that nerve impulses, or action potentials, do not travel down the core of the fiber, but along the outer membrane of the fiber as cascading waves of sodium ions diffusing inward on a rising pulse and potassium ions diffusing out on a falling edge of a pulse.

Andrew Fielding Huxley was a Fellow of the Royal Society in 1955 serving on its Council from 1960 to 1962 and the President from 1980 to 1985. In 1960, he became the head of the Department of Physiology at University of London. In 1963, he shared the Nobel Prize in Physiology or Medicine with Alan Hodgkin and John Eccles for the discoveries concerning the ionic mechanisms of the nerve cell. Andrew Fielding Huxleyreplaced Sir Alan Hodgkin as Master of Trinity from 1984 to 1990.

In 1963, Andrew Fielding Huxley shared the Nobel Prize in Physiology or Medicine with John Eccles and Alan Hodgkin. Andrew Fielding Huxley was elected a Fellow of the Royal Society in 1955 and received the Copley Medal in 1973 for “his outstanding studies on the mechanisms of the nerve impulse and of activation of muscular contraction." On November 12, 1974, Queen Elizabeth II knighted him and received the Order of Merit on November 11, 1983. Andrew served as the President of the British Science Association from 1976 to 1977 and became the President of the Royal Society from 1980 to 1985.