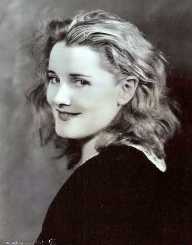 Jeanne Eagels was born on June 26th, 1890. She rose to fame during the golden age in the film industry. She earned her fame for her contributions both on stage and on film. On Broadway, she got high acclaim more so at a time when sound films were being introduced. She went on to become an Academy Award nominee for her portrayal in The Letter – 1929. Unfortunately, she was given this nod after her death when she was only in her late 30s. This made her the first actor to be nominated for an Oscar award after death.

Jeanne Eagels was born on June 26th, in 1890. Her place of birth was in Kansas City, Missouri. She was the daughter of Edward Eagles and Julia Eagles. Both her parents were of different descents. Edward was a German native while her mother was an Irish born native. Later in her life, Jeanne changed her name from ‘Eagles’ to ‘Eagels.’
Jeanne obtained her early education by enrolling with St Joseph’s Catholic School. After that, she schooled at Morris Public School. However, she did not complete her studies. After gaining her first communion, she abandoned school. Her first job was in a departmental store where she served as a cash girl.

Jeanne Eagles developed a special interest in acting when she was still a toddler. Before clocking 15, she had appeared in some small acting projects. When she was 15 years old, she left her hometown in the company of Dubinsky Brothers'. They were to tour Midwest while playing their shows along the way. In the beginning, her main role was different from what she yearned for. She danced for the plays. Nevertheless, it did not take time before she landed on the lead role for plays carried out by the Dubinsky Brothers'. She got close to one of the brothers and later tied the knot with Morris Dubinsky. Morris often played the bad guy in their plays.

Jeanne later migrated to New York City in 1911. She went on to venture into chorus lines which contributed to her recognition as a Ziegfeld Girl. While in New York, she also worked on transforming her appearance. Therefore, she dyed her hair doing away with the original brown color she had on her. During her early acting years, Beverley Sitgreaves was one among her coaches.

Considering the fact that Jeanne had gained recognition by being a Ziegfeld Girl, this paved the way for some roles in theater and the film industry. Some of the plays where she played supporting roles are Mind The Paint Girl and Jumping Jupiter. 1915 marked her career turning point as she landed on her first motion picture role. Over the coming two years, she featured in three films under the Thanhouser Film Corporation. Soon, she went on to work for David Belasco production where she featured in Daddies. Around this period, her health began deteriorating, and this led to her quitting from filming Daddies anymore. Her immediate move to Europe followed this. Here, she actively participated in Broadway shows from 1919 to 1921.

A year later, Jeanne was a cast in John Colton’s play called Rain. Years later, she acted alongside John Gilbert in the film dubbed Man, Woman, and Sin – 1927. The following she was banned from the stage for failing to make an appearance in a stage show called Milwaukee, Wisconsin. Nonetheless, this did not affect her film performance. She went on to feature in 2 talkies under the production of Paramount Pictures. These were Jealousy and The Letter both of which were released the following year.

Jeanne Eagels got married for two times. Morris Dubinsky was her first husband, and later she wedded Edward Harris Coy, a former football star who had studied at Yale University. Her second marriage was in August 1925.

Jeanne Eagels was greatly affected by alcohol and drugs. She developed an addiction at a time when her career was at its peak. This contributed to her early death on October 3rd in 1929. She died at a young age of 39 years.