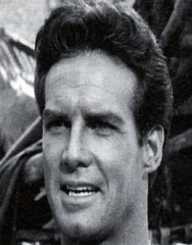 Stephen Lester Reeves was born 21st January 1926, to Lester and Goldie Reeves. He was born in Glasgow, Montana, in the United States. After his father’s accidental death, Reeves and his mother relocated to California in 1936.

Reeves studied at Castlemont High School, and he took a keen interest in bodybuilding. He joined a local gym to train more seriously. After he graduated from high school, Reeves joined the U.S. Army and fought during World War II. After his military discharge, he went back to study and enrolled at the California Chiropractic College.

Stephen Reeves had kept up his training regime, and in 1947, he won the title of Mr. America. Shortly after, an agent contacted Reeves to his taking up acting. Reeves settled in New York where he studied acting, and in one of his first on-stage roles, he was spotted by a talent scout that worked for Cecil B. de Mille.

Reeves auditioned for a role in Samson and Delilah (1949) and was then signed to Paramount for seven years. Although unsuccessful in the part of Samson, in 1949 he filmed a pilot for television called, Kimbar of the Jungle.

He then started to get regular work, with guest appearances on different television series, and smaller roles in movies. Reeves had two small film roles in 1954, and they were the only two movies that Reeves filmed in the U.S.

In 1955, Reeves was in two different productions on Broadway, called, The Camp, and Kismet. After his Broadway roles, he decided to have a break from acting, and he went to work for American Health Studios, in charge of opening new gyms.

In 1958, he was suggested for the part of Hercules, to Italian director Pietro Francisci. Although it took a while for Reeves to agree, he finally made the trip to Italy and produced the film. The film was very popular in Europe, but the distribution rights eventually made the movie a box office sensation in the U.S.

During the late 1950s and 1960s, Stephen Reeves filmed another 15 movies, but they were all done in Italy. Reeves became the highest paid actor in Europe at one time. He continued to act in physical roles such as The Last Days of Pompeii (1959), and Goliath and the Barbarians (1959).

He suffered a shoulder dislocation during filming in 1959, and although he continued acting, the injury became increasingly aggravated with the stunt work Reeves was doing, and he retired from acting in movies in 1967.

Reeves had other business interests, and in 1996, his business was registered as a company, called, Steve Reeves International, Inc. It is still online today, selling books, DVDs and posters, among other things, about Reeves.

In 1999, Chris LeClaire published Worlds to Conquer, The Authorized Biography of Steve Reeves. LeClaire was the official biographer of Reeves and lived with him for two years collecting information and writing his book.

Among his awards and honors, Stephen Reeves has the following:

1994:   Awarded The Life Career Award, bestowed by the Academy of Science Fiction,

In 1955, Stephen Reeves married Sandra Smith. The couple divorced in 1956. His second marriage was to Aline Czartjarwicz in 1963, and the couple was together until Czartjarwicz’s death in 1989.

In 1994, he married Deborah Ann Engelhorn. They were still together at the time of his death in 2000.

On 29th April 2000, Reeves had surgery. The operation caused a blood clot, which was the reason for Reeves’ death two days later, on 1st May 2000.