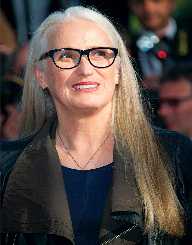 Jane Campion was born in Wellington, New Zealand on the 30 April 1954. She was born into an artistic family. Her father Richard was theatre and opera director and her mother Edith was an actress.

Jane Campion obtained a B.A. from Victoria University in Wellington (1975) then enrolled at the Chelsea Art School in London. In the early 1980s, she studied at the Sydney College of the Arts, graduating with a diploma in visual arts in 1981. Around this time she made her first film Tissues (1980) and then studied at the Australian Film, Television and Radio School (1984).

Jane Campion wrote and directed the hit television series Top of the Lake which was set in and filmed in New Zealand. A second series was commissioned in 2014.