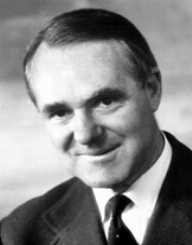 Archer John Porter Martin was born 1st March 1910. He was born in London, England, to William and Lilian Martin. His father was a general practitioner, and his mother was a nurse. He was the younger of two children, with an older sister called Nora.

In 1929, Archer Martin was awarded a scholarship into Cambridge University. He was to study chemical engineering but changed mid-stream to biochemistry. He graduated in 1932, and then was awarded his Ph.D. in 1936.

From 1932 to 1939, Archer Martin worked at the university. For the first 12 months he worked in the physical chemistry laboratory, and in 1933 he worked in the Dunn Nutritional Laboratory. He worked specifically on the isolation of Vitamin E, under the supervision of Sir Charles Martin and L.J. Harris.

He then took up a position at the Wool Industries Research Association (WIRA) in Leeds, followed by a position as the head of the biochemistry division of Boots Pure Drug Company.

While he was at WIRA, Archer Martin was joined by Richard Synge, and the two worked on chromatography together. They successfully developed a partition-chromatographic technique that was demonstrated to the Biochemical Society at the National Institute for Medical Research in 1941.

As he continued his research, Archer  Martin published 70 different papers. It was his 9th paper that one him the Nobel Prize in 1952, in conjunction with Synge.

Archer Martin left the NIMR in 1956. With the prize money from his Nobel Award, he set up Abbotsbury Laboratories Ltd and continued with his research. From 1956 onwards, Martin also provided consultant services to various companies and institutes.

Among some of his more notable awards and honors, are the following:

Archer John Porter Martin was the forefather of three types of chromatography – paper, partition, and liquid-gas. His methods are still used in industry today. Oil and gas companies, in particular, continue to benefit greatly from Martin’s discoveries.