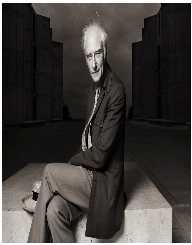 Codiscoverer Of The Structure Of The DNA Molecule Nobel Prize Winner, Physiologist, Scientist

Francis Harry Compton Crick was born on June 8, 1916, in a small town, Weston Favell, Northampton, England. His father and uncle owned a shoe company. When Crick was a child, he became interested in science. His parents were religious and took him to the church every Sunday until Crick was 12 years old. He refused to attend church and preferred to look for scientific answers.

Crick’s uncle was one of the people who helped Francis to learn more about science. He thought Francis how to blow glass, make photographic prints and do several chemical experiments. Crick attended Northampton Grammar School, and later went to Mill Hill School in London. He studied mathematics, physics, and chemistry. It was over there where Crick received his first chemistry prize.

After Mill Hill, Crick went to study in University College London, where he earned Bachelor of Science. He was 21 at the time. Crick started his Ph.D., but the World War II broke out. His Ph.D. project was measuring the viscosity of water in high temperature, which he described as the dullest problem. He had to stop his experiments since a bomb destroyed the laboratory where he was working in. During the War, Crick, along with other scientists worked on designing new magnetic and acoustic mines.

When Francis Crick was 31, he started to study biology. He was one of the first physicists to break into the biological field. He worked at Cambridge, the Strangeways Research Laboratory, where he spent two years on researching the physical properties of cytoplasm. He later transferred to Cavendish laboratory, which was led by the Nobel Prize winner Sir Lawrence Bragg. During this time, Crick met James Watson and became good friends with him.

In the early 1950’s Crick was a witness to the making of an amino acid model- the alpha helix. This knowledge was later applied to the helical structure of DNA. He also learned the mathematical theory of X-ray crystallography, which helped him to develop the theory of X-ray diffraction by a helical molecule. In 1951, Crick and Watson were working at the Cavendish laboratory to develop the helical structure of DNA. In 1953, published their discovery and ten years later, they were awarded the Nobel Prize in Physiology of Medicine.

In 1954, Francis Crick finally completed his Ph.D. thesis “X-ray Diffraction: Polypeptides and Proteins.” He worked at Brooklyn Polytechnic Institute and developed his skills in X-ray diffraction analysis for proteins. His work was mostly on ribonuclease and protein synthesis mechanisms. After discovering the double helix model of DNA, Crick was eager to find out the biological implications for it. Only a year after their first prominent publication, Crick and Watson published another one, stating that the precise sequence of the bases carries the genetical information. They both also worked on small virus structures.

By the late 1950’s Crick had concluded the main points of protein synthesis. This included that genetic information is stored in DNA molecule sequence, that a messenger RNA molecule carries the instructions for making one protein to the cytoplasm. He also concluded that this material is later matched to specific amino acids by adaptor molecules and that the new assembly of amino acids is catalyzed by ribonucleic-protein complexes (later known as ribosomes).

In 1977, Crick left Cambridge after 30 years of work. He had been working in the Salk Institute for Biological Studies in California, and after leaving Cambridge, he went to work there permanently. Crick taught himself neuroanatomy and started to study neuroscience. In later years, he discovered the restriction enzymes and alternative splicing, which made genetic engineering possible. Crick worked a lot towards popularizing interdisciplinary approach to science.

Francis Crick was married two times. His first wife was Ruth Doreen Dodd, who he married in 1940. Ruth was an English literature graduate. They had a son, Michael Francis. The couple divorced in 1947, just after the war was finished. She went to Canada with a Canadian soldier, but their son was sent to Northampton to be raised by Crick’s parents. Two years later Crick married Odile Speed. She was a French fashion designer. They were married until Crick’s death in 2004. Francis and Odile had two children - Gabrielle Anne and Jaqueline Marie-Therese. His son Michael attended boarding school but lived with Crick in his free time. Crick has six grandchildren.

In 2004, Crick died of colon cancer at the University of California. his ashes were scattered in the Pacific Ocean.

Francis Crick has been awarded several awards and honors. One of these is the Francis Crick biomedical research center in London, named after him. In 2003, the Francis Crick Medal and Lecture was established, giving yearly lectures in Crick’s field of interests.