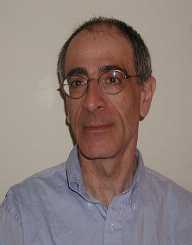 Rodney R. Porter was born on October 8, 1917. He was an English biochemist. In 1972, he received the Nobel Prize in Physiology or Medicine for his discovery concerning the chemical structure of antibodies alongside Gerald Edelman.

Rodney Robert Porter was born on October 8, 1917, in Newton-le-Willows in the United Kingdom. He was born to Joseph Porter who was a railway clerk and Isobel Reese Porter. He was raised as an only child. He developed an interest in science from a very young age. He attended Ashton-in-Makerfield Grammar School in Ashton-in-Makerfield. In 1935, he graduated from Secondary School. He later joined the University of Liverpool.

In 1939, Rodney R. Porter graduated from the university with a Bachelor of Science Degree in biochemistry. At the beginning of World War II, he joined the British Army where he served in the Royal Artillery. He also served in the Royal Engineers and the Royal Army Service Corps. He also took part in the Italian, Sicilian and Italian campaigns. In 1946, he got discharged and joined the University of Cambridge as a graduate student. At the university, he studied antibodies. In 1948, he received his Ph.D. with the thesis ‘The free amino groups of proteins.’

In 1948, Rodney R. Porter became a postdoctoral fellow at the University of Cambridge. The following year, he became a scientific staff at the National Institute for Medical Research at Mill Hill. At the institute, he continued his research in antibodies. He also started studying the molecular structure of antibodies. In 1960, he became a Pfizer Professor of Immunology at St. Mary’s Hospital Medical School, London University. In 1962, he presented the peptide chain structure in antibodies.

In 1967, Rodney R. Porter became a Whitley Professor of Biochemistry at the University of Oxford. He was also the chairman of the Department of Biochemistry. He later became a Fellow of Trinity College in Oxford. In 1969, he developed an antibody model with one thousand three hundred amino acids. He also worked alongside scientists such as Robert Sim and Duncan Campbell among other scientists in conducting more research on the complement proteins. He worked at Oxford University until his death.

In 1966, Rodney R. Porter was awarded the Gairdner Foundation International Award for his contributions to medical science. In 1972, he received the Nobel Prize in Physiology or Medicine jointly with Gerald Edelman for their discoveries concerning the chemical structure of antibodies. The following year he received the Royal Medal. In 1983, he received the Copley Medal. In 1985, he was named Order of the Companions of Honour by Queen Elizabeth II.

In 1948, Rodney R. Porter married Julia Frances New Porter with whom he had five children, Nigel, Tim, Susan, Ruth, and Helen. He passed away on September 6, 1985, in a road accident. He died at the age of sixty seven. He was survived by his wife and children.