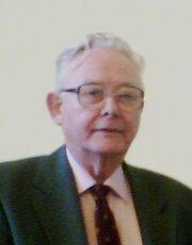 French economist Maurice Allais was born on the 31 May 1911 in Paris, France. His parents ran a cheese shop. During World War I, his father was enlisted and died from typhus while a German prisoner of war in 1915.

Maurice Allais obtained his high school diploma from Lycée Lakanal with brilliant results in mathematics and science. After high school graduation, he studied to be an engineer at the Ecole Polytechnique. He then did a year of military service at the Artillery School in Fontainebleau and the Alpine Army. Returning to his studies, he spent two years the National School of Mines in Paris studying economics.

In the October 1936, he commenced work as an engineer, working for the French government in the public service.

In 1939 at the outbreak of World War II Maurice Allais returned to the Alpine Army was sent to the Italian front. He was in command of a heavy artillery battery in Briancon for a short time before an armistice was declared on the 25 June 1940 between Italy and France.

In 1940 Maurice Allais was appointed a professor at the Ecole des Mines. He was the director of an economic research section at the National Centre for Scientific Research. Between 1941 and 1948 he carried out his administrative duties as well as publishing two major works: In Quest of an Economic Discipline plus Economy and Interest (1947). Other writings included Pure Economics and Social Efficiency (1945), Prolegomena for the World Economic Reconstruction (1945) and Abundance or Misery (1946) In April 1948 his administrative duties were removed, and he was able to concentrate on research, writing, and teaching.

From the end of World War II onwards Maurice Allais was involved in campaigning for a European Economic Community. He was also in favor of NATO and was the founder of the Movement for a Free Society. During the 1950s he also researched gravitation fields and electromagnetism.

Maurice Allais retired in May 1980 but continued his research, teaching, and writing.

In 1989, before the global financial crisis of the late 1980s, he wrote about Wall Street becoming a casino which was contributing to a volatile financial climate.

Maurice Allais was against the concept of globalization. He also announced in the 1990s that he was opposed to a single European currency.

Maurice Allais is famous for his theoretical work which sought to balance social benefits with economic efficiency in the prices state-owned monopolies charge. He won the Nobel Prize in Economics in 1988 for his contributions to the theory of markets and the utilization of resources. His publication on mining research was awarded the Lanchester Prize (1958).

Other awards include the Grand Prix Andre Arnoux (1968) from the Association of Economic Liberty and Social Progress. The Promotion of National Industry’s Gold Medal (1970). The National Centre for Scientific Research’s Gold Medal (1978). The Prix Robert Blanche (1983) from the Academy of Moral and Political Sciences.

The Allais Effect is physics is named after him. He discovered that the gravitational pull of the Earth appears to increase during a solar eclipse.

Paul Anthony Samuelson (b.1915- 2009), the first American economist to win the Nobel Prize in Economics stated that had Allais’s early writing been in English, a generation of economic theory would have taken a different route.Samuelson admired Allais for his prolific and original input into the understanding of economics.

He was married to Jacqueline Bouteloup, and they had one child, a daughter.

Maurice Allais died on the 9 October 2010 in Saint-Cloud, France. He was ninety-nine years old.