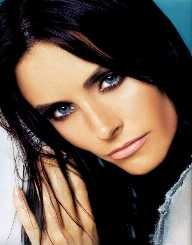 Courteney Cox first made her debut as an actress; later she also owns a production company

Courteney Bass Cox was born on 15 June 15, 1964, to parents Richard Lewis and Courtney Bass. She is the youngest of four children, with two older sisters and a brother. Courteney studied at Mountain Brook High School.

Her father moved to Florida after their parents divorced in 1974, and her mother married Hunter Copeland.

Courteney Bass studied architecture at Mount Vernon College, Washington D.C. but did not graduate as she veered towards a modeling career after being signed by Ford Modelling Agency.

During high school, Courteney appeared in an advertisement for Parisians; it was her first modeling gig. A year into her college, she was recruited by Ford Modelling Agency, where she appeared in Tiger Beat and Little Miss.

Courteney later moved to commercials, in 1988 she starred in an ad for Tampax, becoming the first person to use the word ‘period’ on television. Courteney started taking acting lessons in her spare time.

Courteney Bass was cast in one episode of As the World Turns, and later Bruce Springsteen’s Dancing in the Dark music video. Courtney also played Lauren Miller in Family Ties, beating thousands of hopefuls.

After Family Ties ended in 1989, Courteney Bass moved on to other works, such as Mr. Destiny and Ace Ventura: Pet Detective.

In 1994, Courteney Bass was cast to be Monica Geller in series Friends. In 2005, she and female costars Jennifer Aniston and Lisa Kudrow were in Guinness Book of World Records, as they became the highest-paid TV actress of all time, earning US$1 million-per-episode for the final two seasons of Friends. Friends ended in 2004 after ten seasons, cementing her fame.

Between series, Courteney Bass starred in movie roles, also famous for her role in Scream. Courteney played Gale Weathers for Scream, Scream 2 and 3. She also produced reality television series Mix It Up, which was canceled due to low ratings. She and her husband own Coquette Productions,

With her husband David Arquette, Courteney produced Dirt in 2007. The series flopped and was canceled after the second season. She moved on to other ventures. Her most successful role to date is Cougar Town, debuted in 2009.

To date, Courteney Bass has twenty- seven credits in film, including voice acting in Barnyard as Daisy the Cow in 2006. She has thirty roles in television series since 1984, most recent was as herself in Running Wild with Bear Grylls. She also directed and produced Just Before I Went in 2014.

Courteney Cox was nominated for many awards; her first win was the Golden Apple Award in 1995 for Female Discovery of the Year. She won Golden Derby TV Awards in 2010 for Cougar Town, as the Outstanding Lead Actress in a Comedy Series.

The couple shares a daughter Coco Riley Arquette, who was born on June 13, 2004. Courteney Bass was reported to suffer from postpartum depression, and the couple filed for divorce in 2012. After her divorce,