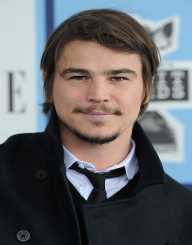 Josh Harnett is vastly known as the man who knows how to bring a scripts trait in the best demeanor. He employs other people’s character in the acting field. Allow me to say that he has openly embraced the Stanislavski system. In short, he knows how to portray his inner emotion hence putting his fictional character first. Josh comes with acclaimed titles since the 1990s. He rose to stardom when he appeared in Black Hawk Down and Pearl Harbor films. In the course of his early studies, his aunt encouraged him to join a drama club where he obliged. It was here that he landed a leading role in different plays and the rest is history. Let’s see what Josh has in store for us.

Josh Harnett is a charming guy who likes to have a comfortable life as well as helping others on the way. Above all, he likes simplicity just as much as he loves to have a peaceful connection with others. At times, he can turn to a naïve and straightforward persona which works best for his final decisions. According to him, YES! Means that he doesn’t hold any doubtful reasons. On the other side, NO! Means that he will do what it takes but not to concentrate on something that he doesn’t like. This is seen when he dropped out not one but three significant roles during his acting career. It shows that Josh is usually attentive and disciplined when it comes to making decisions.

Josh Harnett also has a balanced and witty life that allows him to be loved even by the unknown. Yes, he can have fun by identifying his strength and weaknesses but also he is very keen when it comes to sharing his secrets. One of the best traits that he has embraced is that he makes sure that he doesn’t trust everybody. Of course, you never know whether the third person has the best plan. As a side note, he seems to have a doubting attitude when he meets new people, but fun is also his ideal friend.

On 21st July 1978, a couple of Wendy Anne and Daniel Thomas Harnett were blessed with a son in Minnesota, St. Paul in the US. Little did a building manager and an artist know that they will bring up a resounding thespian. He was none other than Joshua Daniel Hartnett. His stepmother, Molly, raised Josh. He loved to spend his time with his three half-siblings: Jessica, Joe, and Jake. Josh joined Cretin-Derham High School, and later he attended South High School. It was here that he graduated in 1996.

During his high school days; Josh loved to engage himself in sports, most likely football. However, he had an injury that made him postpone his intense training. He was quite upset, but his aunt advised him to try acting. He went to an audition where he was given a small role to play. It was here that he realized that acting was his in-thing. Above all, his attractive physique gave him more attention and pluses. After high school, Josh moved to New York where he joined a Theatre Art and Film school.

In Los Angeles, Josh worked hard to achieve the best in his early career. He took several auditions followed by small projects. In 1997 he landed his first role in one of the notable an ABC series called the Cracker. Although the series ended in suspense, Josh acting career had already begun. For two years, Harnett appeared in television roles and 1998 he acted as John Tate in a horror film called Halloween H20. The film received mixed criticism. He followed it up with The Faculty in collaboration with Laura Harris and Elijah Wood. His tremendous role garnered him recognition.
Early in 2001, Josh became part of a war movie called Pearl Harbor that was directed by Michael Bay. The film cemented Josh into the world of fame and the Box Office fraternity. Other horror and thriller films including Black Hawk Down, Lucky Number Slevin and 30 Days of Night followed.

In 2008 Josh produced his first film titled August where he also took part as an actor. He followed it up with a 2010’s action film titled Bunraku.

Harnett’s major works include the Pearl Harbor film that turned into a successful hit at the box office. In 2010 Josh was honored by Ischia International Arts Academy Award in Italy. He was also recognized with a Century Leaders Awards in 2007. When it comes to his individual's life, Josh dated several women including Sophie Lie, Kelly Lee Carlson, and Scarlett Johansson. In 2012 he married his longtime girlfriend, Tamsin Egerton with whom he has a child. As a couple, they are expecting their second baby in 2017. He is a full supporter of environmental causes such as Global Cool and FWD campaign.