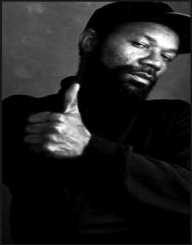 Beres Hammond was born on August 28, 1955, in Saint Mary, Jamaica. Hammond was ninth of ten children in his family. His father was a fan of American soul and jazz music and had an extensive collection of records. For this reason, Hammond grew up with a lot of musical influences. Native ska and rocksteady music also influenced Hammond.

In 1972, Hammond began participating in local talent contests. He continued to participate until 1973 when he finally succeeded and made his first recording of the song “Wanderer.” In 1975, Hammond became the member of the band Zap Pow as its lead singer. Band’s most known single was the 1978 single “The System,” released by the Aquarius Records. Despite the band's success, Hammond was looking to start his solo career.

In 1976, Hammond released his debut solo album Soul Reggae. The biggest hits from the album were “One Step Ahead” and “I’m In Love.” In 1979, Hammond left his band Zap Pow to pursue a solo career full time. In 1980, he released the album Let’s Make A Song, which was followed by Red Light in 1981. He then formed the band Tuesday’s Children, but the band never made any recordings.

In 1985, Hammond formed his record label Harmony Records. The first album released with the new label was his Make a Song. The album had two chart-topping songs, “Groovy Little Thing” and “What One Dance Can Do.” Hammond’s song “What One Dance Can Do,” produced by Willie Lindo finally brought his name outside of Jamaica to international audiences. In 1986, his song “Settling Down” also became a major hit.

After acquiring international recognition, Hammond decided to leave Jamaica and went to New York City in 1987. After coming to New York, Hammond recorded his new album Have a Nice Weekend. The album featured the popular duet single “How Can We Ease the Pain” with Maxi Priest.

In 1990, Hammond recorded the smash single “Tempter to Touch.” The song became a major hit in the United States and the United Kingdom. In 1992, Hammond released the album Love Affair, which produced two major hits- “Is This a Sign” and “Respect to You Baby.” After the success of his new album, Hammond garnered a lot of attention from the major record studios. He went on to record five albums with Elektra Records during the 1990s. During this decade, Hammond established himself as the top lover's rock artists.

In 2001, Beres Hammond released the album Music Is Life. His next albums were Love Has No Boundaries in 2004, A Moment in Time in 2008, and One Love, One Life in 2012. The latter reached the top of Billboard Reggae Albums chart and was nominated for a Grammy Award. For his exceptional contribution to Jamaican music industry, Hammond was awarded the Order of Jamaica in 2013.