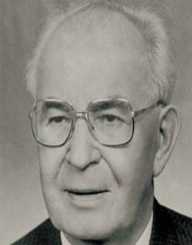 Gustav Husak was a Slovakian communist who led Czechoslovakia from 1969 to 1989.

Gustav Husak was born in what is modern day Bratislava, Slovakia on 10 January 1913. At the time Slovakia was part of the Kingdom of Hungary within the Austro-Hungarian Empire. World War I saw the Austro-Hungarian Empire dissolved and the nation of Czechoslovakia formed. Husak was communist from an early age, and he joined the Communist Youth Union at the age of just sixteen. Husak joined the Communist Party of Czechoslovakia while he was studying in the Law Faculty of Cornelius University in Bratislava in 1933.

Nazi Germany annexed Czechoslovakia in 1939, and it outlawed the Communist Party of Czechoslovakia. Josef Tiso was put in charge of the Nazi puppet government. Husak, who had graduated in 1937 and was now working as a lawyer, was jailed by the Tiso government for three years in 1940 for his communist activities.

After his release, Gustav Husak took part in the Slovak Uprising in 1944. All walks of Slovakian life took part in the Uprising, the army, nationalists, and communists. The rising was primarily defeated by the German Army, but some partisans maintained a guerrilla struggle until the war’s conclusion in 1945.

Husak worked for the government after the war and was an essential part of the Communist Party. He played a significant role in the destruction of all other political parties in Slovakia, in particular, the Democratic Party of Slovakia. Despite his works, Gustav Husak fell foul of Josef Stalin, the leader of the Soviet Union and de facto leader of European communism, and was removed from the Communist Party and then jailed.

Despite all of this Gustav Husak remained a committed communist. He was freed in 1960, and his conviction was then overturned, and he returned to the Communist Party. He was very critical of the pro-Stalinist faction of the Party, and this helped him rise the ranks. By the time of the Prague Spring and the reforms of Alexander Dubcek in 1968, Gustav Husak had become the vice-premier of Czechoslovakia.

Gustav Husak was far more conservative than Dubcek and became critical of his reforms as they began to draw the ire of the Soviet Union. When Warsaw Pact forces invaded and removed Dubcek, Husak was made the leader of the Communist Party of Czechoslovakia and the most powerful man in the country.

In 1975 Husak became the head of state when he was elected President of Czechoslovakia. During his rule, Gustav Husak balanced cultural suppression and Soviet appeasement with avoiding overt displays of oppression and maintaining a high living standard in the country by communist standards. However, Husak increasingly used his secret police to repress dissidents as his rule wore on.

As the communist regimes in Europe began to falter in the late 1980s, Husak found himself at odds with Mikael Gorbachev, the Soviet Union’s leader, over the issue of perestroika. Increasingly members of his party began to demand Czechoslovakia adopt the Soviet-style reforms and Husak resigned as general secretary of the Communist Party of Czechoslovakia.

The year 1989 saw the communist governments in Europe resign from power, in Czechoslovakia, this occurred in November of that year. Gustav Husak as president swore in the new government and then resigned his position. He was ejected from the Communist Party of Czechoslovakia in 1990 as the party attempted to improve its chances in the country’s elections. Husak died a marginalised figure on 18 November 1991.

Gustav Husak married twice. His first wife Magda Lokvencová and Husak were married in 1938 and lasted until Magda's death in 1966. He married his second wife Viera ?áslavská in 1975. Husak became a widower for the second time in 1977 when Viera died in a helicopter crash.

Gustav Husak contracted stomach cancer late in his life, and it was this that killed him on18 November 1991.