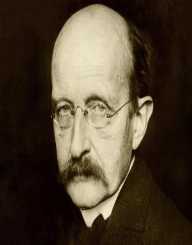 Otto Stern was a German-American physicist born on February 17th, 1888. He was awarded the 1943 Nobel Prize in Physics. His work of 1922, the Stern–Gerlach experiment is considered to be among the best work of Stern. He conducted this experiment along with Walther Gerlach. He was a close associate of Stern in most of his researches. He became USA’s naturalized citizen in March 1939. His later years found him settled in Berkeley, California where he lived a private life.

Otto Stern was born on February 17th, 1888 to a Jewish family. His place of birth was in Sohrau (currently Zory) in Poland. He was the first born child of Oskar Stern and his wife, Eugenia Rosenthal. His father was a wealthy merchant. Stern had four siblings. The family relocated to Breslau in 1892. The town is currently known as Wroclaw in Poland.

At Breslau, Otto Stern enrolled to Johannes Gymnasium. Meanwhile, he did his studying especially in Sciences and mathematics which had less focus in the gymnasium. He was later admitted to the University of Breslau in 1906. He specialized in physical chemistry during his studies at the university.

He took his doctoral studies still in the University of Breslau. He attained his doctorate in 1912. Subsequently, he was tutored by Albert Einstein at Charles University situated in Prague. He participated in the Second World War in the German army.

During his time in Hamburg, he continued many types of research and was the director of their laboratory. The institution under his lead became a renowned nuclear, molecular and atomic research center. He resigned in July 1933 after the Nazis leader Adolf Hitler came to power. However, he was already an accomplished physicist and quite famous.

He became a professor of physics after that at Carnegie Mellon University situated in Pittsburgh, Pennsylvania. He joined the institution in 1933 and served till 1945 when he retired. Subsequently, he relocated to California where he spent his later days. He served as Professor Emeritus at the University of California, Berkeley.

In 1943, Otto Stern was honored with the prestigious Nobel Prize in Physics. This was for his contribution towards the spin quantization theory. Walther Gerlach also participated in the initial development of the theory.

Otto Stern remained a single man throughout his life. In his early years, he loved to dance. He was quite a social person hence made many friends. In his later years, he lived a solitude life though he was spotted going to the movies many times. In fact, he was at the movies when he had a heart attack which led to his death.

On August 17th, 1969 Otto Stern died following a heart attack at the age of 81. His death occurred in Berkeley, California in the US.