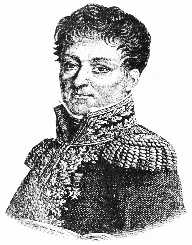 Sadi Carnot attended the prestigious Ecole Polytechnique, which was one of the best schools for youngsters in the country at the time. He graduated from this school in 1814.

Around 1820, Sadi Carnot went back to school and started to attend classes at both the college de France the Sorbonne. It was while at this school that he became interested in science. One of his main interests in the subject was that of gases. This would be a topic that he would later study for the rest of his life.

During his time at the Ecole Polytechnique, he also joined the French Army. During this time, Napoleon was leading the military. Sadi Carnot only stayed in an active duty military position until 1814. After this, he attended the Ecole du Genie for further military training, specifically for military engineering. While he was at this school, Napoleon was exiled from France, returned, and was defeated.

In 1819, Sadi Carnot joined the General Staff Corps division of the French Army. While here, he also went to college to continue his education.

In 1821, the first steam engine rode through the town Sadi Carnot was living in. He was deeply, interested in the new machine, but he didn’t know how it worked. After seeing the machine, he had the new goal of figuring out how it worked and making a general theory for all steam engines.

Up until this point in time, scientists were unsure of what heat actually was. Some thought that is was an invisible liquid. Sadi Carnot was sure that couldn’t be right. He knew heat went into making steam engines work, and he believed the machine to be efficient, and he wanted to prove his ideas to others. Around 1823, Sadi Carnot began working on writing a book about his ideas. He later published this book in 1824 and called it Reflections on the Motive Power of Fire. In this book, he proposed a theory on how heat worked; this was later called the Carnot Cycle.

The Merriam Webster online dictionary defines the Carnot Cycle as so, “an ideal reversible closed thermodynamic cycle in which the working substance goes through the four successive operations of isothermal expansion to the desired point, adiabatic expansion to a desired point, isothermal compression, and adiabatic compression back to its initial state.” The site also claims that the term was not used until many years after Carnot’s death, in 1887.

Sadi Carnot’s book made a turning point in thermodynamic science. Along with the Carnot Cycle, the book also proposed the ideal way to make a steam engine. This engine would have made it so no parts of the engine would become heated terribly, but it could still produce steam. While Carnot’s theory for a steam engine was wonderful, it is likely to be impossible actually to build.

Many of his other ideas in this book would later go on to influence other scientists who would study heat. Some of his ideas also went on to influence the theory of thermodynamics. While Sadi Carnot did write many other things, mostly essays, much of his work is lost to modern-day science because it was lost in a fire.

Sadi Carnot died on August 24, 1832, in Paris, France. The cause of his death was cholera.

He was only 36 years old when he passed away.