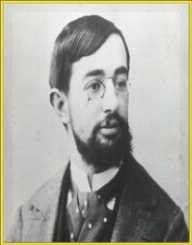 French artist Henri De Toulouse-Lautrec was born into an aristocratic family on the 24 November 1864. He was the eldest child of Comte Alphonse and Comtesse Adèle de Toulouse-Lautrec. As a child, Toulouse-Lautrec was an animal lover and rode horses. He was born with a congenital disability which caused weakness in his bones, and after he had a couple of riding accidents, his legs ceased growing. This condition resulted in the fact that as an adult he was five foot tall although the rest of his body developed normally.

Restricted by his condition Toulouse-Lautrec had to cease horse-riding and other sports and instead took up drawing and painting. His first art instructor was Rene Princeteau (b.1844–d.1914). Early pictures reflect Toulouse-Lautrec’s love of horses. His sketch Two Riders on Horseback (1879) indicate this.

In 1882 Toulouse-Lautrec moved to Paris, and instead of attending the traditional Ecole des Beaux-Arts he took instruction from Leon Bonnat and Bernard Corman. Corman counted Vincent van Gogh and Emile Bernard amongst his students. Toulouse-Lautrec was intrigued by the nightlife of Paris and characters. He frequented bars, brothels, and entertainment in the Montmartre area and this was reflected in his art. Subjects included prostitutes, circus performers, and other entertainers. His painting of La Casque d’Or, a well-known prostitute of the day, The Streetwalker (1890-1891) is an example. He also produced a series of prints entitled Elles, which depicted life inside a brothel.Toulouse-Lautrec also became famous as a poster artist depicting renowned performers.

Toulouse-Lautrec influenced Picasso, Warhol, Arbus and many others with his work laying the groundwork for Pop Art. He worked for less than twenty years yet produced over five thousand drawings, seven hundred canvases, hundreds of waters colors and prints. He also worked with ceramics and stained glass.

Toulouse-Lautrec is considered one of the greatest Post-Impressionists (along with Gaugin, Van Gogh and Cezanne) who was strongly influenced by Degas and Manet.

Toulouse-Lautrec’s alcoholism resulted in his committal to a sanatorium in Neilly in February 1899. He was there for three months and during that time worked on a series of circus portraits. He returned to his studio in Paris and also traveled around France before he fell ill again. Toulouse-Lautrec died on the 9 September 1901 in Saint-André-du-Bois at his mother’s home Château Malromé. He was thirty-six years of age. After his death, his mother helped fund a museum in Albi to house hand promote his work, the Musée Toulouse-Lautrec.