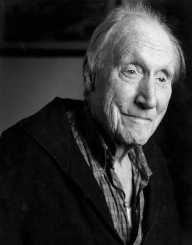 Robert Penn Warren is an American poet and novelist whose works have garnered him not only fame but multiple awards. He is also one of the forerunners of New Criticism. He died at the age of 84 from suffering complications from prostate cancer on September 15, 1989, in Stratton, Vermont.

Warren's first marriage was to a woman named Emma Brescia which ended up in divorce. His second marriage was to Eleanor Clark in 1952. Together, the couple had two children named Rosanna Phelps born in 1953 and Gabriel Penn born in 1955.

While attending Vanderbilt University, Warren got acquainted with the group called Fugitives, which were made up of poets. Later in the 1930s, he and some other members of the group formed the Southern Agrarians. This group had a manifesto entitled I’ll Take My Stand of which Warren’s contribution included The Briar Patch wherein he defends racial segregation. In August 1956, he published Segregation: The Inner Conflict in the South which solidified him as a supporter of racial integration which was a very sensitive topic at the time.

He released a number of other works but Warren is most remembered for his work on All the King’s Men. The novel was published in 1945 which was later adapted into film and won at the Academy Awards for Best Picture in 1949 and starred Broderick Crawford. The novel also earned him the 1947 Pulitzer Prize.

Also an accomplished poet, he published Promises: Poems 1954-1956 in 1958 which won him a National Book Award for Poetry and Pulitzer Prize in poetry. He bagged another Pulitzer Prize for his work on the 1979 release of Now and Then. Warren is the only writer to receive a Pulitzer Prize under the category of poetry and fiction.

In 1974, he was awarded the highest honor of achievement in humanities and awarded the Jefferson Lecture. He was also awarded by then-US President Jimmy Carter the Presidential Medal of Freedom. A year later in 1981, he was appointed on February 26, 1986, as the first US Poet Laureate Consultant in Poetry and awarded with the National Medal of Arts.