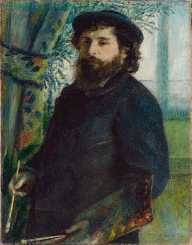 Edmond Aman-Jean was a French symbolist painter, engraver, lithographer and pastellist, and is known for coming up with the Salon des Tuileries. Edmond was the leading French painter of his time whose main interesting works were portrait paintings, mainly of women. More so, Edmond Aman-Jean's wall paintings in official edifices and public places earned him much credit.

At the time, many French artists including Edmond Aman-Jean were influenced and inspired by the innovative Japanese arts that had gained roots in Paris. In addition to being a painter, he also worked as a printmaker and usually came up with creative posters.

Edmond Francois Aman-Jean was born on 13th January 1858 in Chevry-Cossigny, which was a small village that was located about three miles from Paris.

Edmond's father owned and managed an industrial lime kiln. Edmond gained the education in arts from 1980 courtesy of lessons at Ecole des Beaux-Arts in Paris in association with Henri Lehmann.

There, Edmond Aman-Jean worked in the same workshop with Georges Seurat and associated with the likes of Alexandre Seon and Alphonse Osbert, who were symbolic painters. Afterward, Edmond pursued further knowledge in arts under tutelage and guidance of Pierre Puvis de Chavannes. More so, he served as his deputy on the sacred grove and helped him come up with many of his murals.

Consequently, Aman-Jean was awarded a traveling scholarship in 1886. Aman then moved to Italy alongside the likes of Ernest Laurent and pursued studies in Old Masters. Upon his return, he befriended the likes of Paul Verlaine, Philippe Auguste Villiers de I’Isle Adam among others, who were great poets.

In his work, Aman-Jean was entirely about illustrative and pictographic traditions regardless of the prevailing desire by other artists to come up with new awareness. Edmond Aman-Jean 's main area of specialty was creating portraits of relaxed female subjects. The women usually turned in profile to the left or just glared into space.

Some the works by Edmond Aman-Jean include `Girl with Peacock’ (1895), `Mlle Thadee C Jacquet’ (1892) and in `Girl with a peacock.’ More, Edmond also came up with a colored lithograph named `Beneath the flowers’ which gained a lot of attention. This caused a critic named Camille Mauclair to consider Edmond Aman-Jean as the next in line of the English Pre-Raphaelite Brotherhood in Britain.

Later, Pierre Bonnard had a lot of positive impact on his work. Edmund founded Salon de la Societe Nationale des Beaux-Arts, where he became a regular exhibitioner and part of the jury for the same. At the time, Edmond Aman-Jean held remarkable exhibitions at the Salon de la rose+Croix in 1892 and 1893.

In 1893 Edmond Aman-Jean came up with a great painting of his wife with her hair on the sides of her face, which inspired a brand new fashion trend in Paris. More so, he became a great teacher, tutoring the likes of Nicolae Tonitza and Charles Sydney Hopkinson.

Edmond Aman-Jean came up with `Eight panels for the Musee Des Arts Decoratifs’ in Paris (1910).
He came up with `The four elements for the chemistry amphitheater’ at the Sorbonne

Edmond Aman-Jean got married in 1892 to a woman named Thad’ee Jacquet. Her father was also a painter and an Imperial prefect. They had two children together, named Celine and Francois. Francois went on to become a renowned writer.