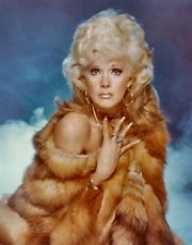 Concetta Rosalie Ann Ingoglia, better known as Connie Stevens was born on August 8, 1938, in Brooklyn, New York. Her father Teddy Stevens was a musician and her mother Eleanor McGinley was a singer. Her parents divorced when Stevens was still a child. Since then, she went to live with her grandparents.

Connie Stevens began her acting career with starring in several small stand-in and extra roles. She appeared in several B list movies and was spotted by Jerry Lewis. He cast her in the film Rock-A-Bye Baby after which she earned a contract with Warner Brothers. In 1959, Stevens was cast in the television series Hawaiian Eye, where she portrayed Cricket Blake until 1963. This role made Stevens famous. In an interview years later, she revealed that Elvis Presley had called her to invite her to a party. Stevens subsequently dated him.

In 1958, Stevens released her first album Concetta. The singles from the album “Blame It On My Youth” and “Looking For A Boy” were minorly successful. The following year, after appearing in the TV series 77 Sunset Strip, she released the duet hit song “Kookie, Kookie, Lend Me Your Comb” with Edd Byrnes. Her biggest solo hit “Sixteen Reasons” was released in 1960 and reached No. 3 on Billboard 100 list.

After finishing work on Hawaiian Eye, Stevens was cast in another television sitcom- Wendy and ME. She starred as Wendy Conway until 1965. Besides her on screen and music career, Stevens also appeared on Broadway stage. Her first project was Neil Simon’s production The Star-Spangled Girl in 1966. She also appeared in summer stock productions like The Wizard of Oz, California and Any Wednesday.

During the 1970s, Stevens became the singer of the theme song for Ace Hardware TV commercials, singing the song “Ace Is The Place.” She also starred in the 1976 action movie Scorchy and appeared in the first season of The Muppet Show.

In 1987, Stevens, Barbara Eden, and Lee Greenwood embarked on a tour with Bob Hope to the Persian Gulf. She founded the Windfeather project, a charity awarding scholarships to Native Americans. Windfeather also supports the organization CancerGroup.com.

In 1990s, Stevens developed her cosmetic skin care product line Forever Spring. Later, she opened the Connie Stevens Garden Sanctuary Day Spa in Los Angeles. In 1997, she wrote and directed the documentary film A Healing. The film was about nurses who served during the Vietnam War. The film won the Santa Clarita International Film Festival Best Film award. Her directorial debut was in the 2009 film Saving Grace B. Jones.

In 1963, Connie Stevens married actor James Stacy. The couple divorced in 1966. The following year, she married singer Eddie Fischer with whom she had two daughters- Joely Fisher and Tricia Leigh Fisher.

In 2005, Stevens became the secretary-treasurer of the Screen Actor’s Guild. She is a supporter of the Republican Party and supported John McCain’s campaign in 2000 and 2008. In 2013, Stevens was presented with the Founder’s Medal for Patriotism by the National Society of Daughters of the American Revolution.