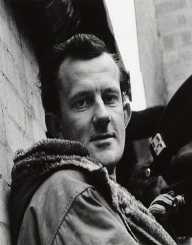 Tony Richardson born as Cecil Antonio Richardson, was an English Theater, film director, and producer. He was born on June 5, 1928, in Shipley, West Riding of Yorkshire, England.

Tony Richardson was the son of a chemist father, Clarence Albert Richardson. His mother’s name was Elsie Evans. He attended the Ashville College, Harrogate and was Head Boy there. He attended the Wadham College, Oxford where he studied with a galaxy of future celebrities including Margaret Thatcher, Rupert Murdoch, Gavin Lambert, Kenneth Tynan and Lindsay Anderson.

Tony Richardson was the President of the Oxford University Dramatic Society as well as the Experimental Theatre Club ( the ETC ), which is a unique and unprecedented distinction. He was also the theater critic of the University Magazine Isis. He had a student production unit where he cast many future luminaries like Nigel Davenport, Shirley Williams, Robert Robinson and John Schlesinger.

Tony Richardson graduated from the University of Oxford in 1953. He became a director of the British Broadcasting Company after completion of his graduation. He joined the British Stage Company as Associate Artistic Director after two years. He became the full director within a one year span. His reputation was greatly enhanced when he directed John Osborne's play ‘Look Back in Anger’ (1956) at the Royal Court Theatre. The play became the face of Britain’s post World War II generation of angry young men.

Tony Richardson also directed Shakespeare’s ‘Othello’ (1959) at the Shakespeare Memorial Theatre, Stratford-upon-Avon, starring the black American singer and actor Paul Robeson. Some of his Broadway productions of that period including Osborne’s ‘The Entertainer’ (1958) and Shelagh Delaney’s ‘A Taste of Honey’ gained immense popularity and also earned rave reviews.

Tony Richardson ventured into films in 1955 and co-directed a non-fiction short ‘Momma Don't Allow’ as his debut directorial film along with Karel Reisz. In 1957, he directed Osborne’s ‘The Entertainer’ which was played at the Royal Court Theatre. The cast includes Laurence Olivier as Archie Rice. In 1959, Richardson co-founded Woodfall Film Productions along with John Osborne and producer Harry Saltzman. He directed the film version of ‘Look Back in Anger,’ his first feature film and Woodfall Film Productions’ debut venture. He dealt mainly with the British urban working class, and he replicated his stage successes by launching the screen adaptations of some more plays including ‘The Entertainer’ (1959) and ‘A Taste of Honey’ (1962). ‘The Loneliness of the Long Distance Runner’ (1962), based on the novel by Alan Sillitoe is also one of his landmark movies.

In 1963, Tony Richardson directed Osborne’s adaptation of Henry Fielding’s novel ‘Tom Jones.’ The film was a grand success both regarding box office and in the eyes of the critics. At the 36th Academy Awards, the film eventually won in four categories out of its nine nominations including Best Director for Richardson, Best Picture, Best Adapted Screenplay and Best Original Score.

Tony Richardson went on to direct many more memorable films. ‘The Loved One’ (1965), ‘The Charge of the Light Brigade’ (1968), ‘Ned Kelly’ (1970), ‘A Delicate Balance’ (1972), and ‘Joseph Andrews’ (1977) are a few of them worth mentioning. In his directorial vacation, he worked with and directed most of the contemporary film stars viz. Richard Burton, Katharine Hepburn, Nicol Williamson, Jeanne Moreau, Anthony Hopkins, Mick Jagger and Trevor Howard, to name a few. In 1974, Richardson moved to Los Angeles and started residing there. He made four major films before his death. Among these four, ‘Blue Sky’ was his last film and was released after his death. The film went on to win an Academy Award in the category of Best Actress for Jessica Lange.

Tony Richardson married actress Vanessa Redgrave in 1962. They were blessed with two daughters, Natasha and Joely. Both the daughters pursued acting career. Richardson left Redgrave in 1969 to marry the actress, Jeanne Moreau. However, the marriage never took place. He had an affair with Grizelda Grimond, Secretary of Richardson’s ex-business partner Oscar Lewenstein. Grizelda has a daughter named Katharine Grimond, born out of the relationship with Richardson.

Richardson was later diagnosed as HIV positive. He contracted the deadly disease due to his bi-sexual orientation, though he never acknowledged the fact before the diagnosis. He died due to the complications associated with HIV AIDS on November 14, 1991, in Los Angeles, California, United States.