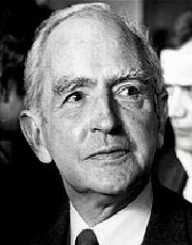 His parents were Charles and Emma Harris. His father, a master builder, left the building industry to become a full-time lay reader for the Church of England.

Harris changed his surname to Fry, which was his mother's maiden name. He then converted to become a Quaker.

He studied at Bedford Modern School, and he began writing plays during his time there.

Christopher Fry began his career as a teacher, and he worked at Bedford Froebel Kindergarten, followed by Hazelwood School in Surrey.

In 1932, Fry left his teaching career. He consequently founded the Tunbridge Wells Repertory Players. He managed the amateur group for three years, starring in as well as directing their productions.

In 1938, he began his professional career. His career began due to the Vicar of Steyning commissioning Fry to write a play about a local saint. The production played in 1950, starring Richard Burton in his first starring role.

Christopher Fry received another commission to write a play in 1939. T.S. Eliot, the poet, saw the production, and he became a long-time friend of Fry.

In 1948, his production, The Lady's Not for Burning debuted at the Arts Theatre in London. Due to its popularity, it moved to the West End where it played for nine months. It then went to Broadway in 1950.

Christopher Fry wrote many more popular plays, and he also concentrated on translations for over a decade.

Several of Fry's productions have played since his death. These include The Lady's Not For Burning, and Ring Round The Moon.

Fry also had several of his play adapted for television from the 1950s onwards.

In 1936, Christopher Fry married Phyllis Hart. Hart died in 1987. The couple had a son named Tam.