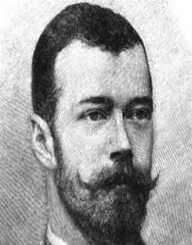 Nicholas II was born on May 18, in 1868. He earned his fame for being Russia’s last tsar during the Romanov rule. He was however abdicated from the throne due to the poor way in which he handled Bloody Sunday. As a result, he was also nicknamed Vile Nicholas or Nicholas the Bloody.

Nicholas II ascended to the throne right after his father passed away in 1894. He vigorously championed for autocracy. Nevertheless, he was later obliged to come up with an elected legislature. He did not complete his tenure while serving as the tsar because of his ruling style. He was abdicated from the throne. The Bolsheviks took charge of his execution.

Events Leading to his Death

During World War I, Russia went through a period of economic downturn. As a result, the nation was adversely affected by inflation. People turned their blames to their ruler, Nicholas II. The public went to the extent of blaming his wife Empress Alexandra for the nation’s failures and his poor ruling style. Alexandra was of German descent, and therefore people thought that she might have deliberately contributed to Russia’s loss in WWI.

Pressure mounted on Nicholas II as time went by. The public grew more and more impatient, and in March 1917, he stepped down. Together with his family, Nicholas II fled to the Ural Mountains where they were placed under house arrest.

Nicholas II was 50 years old at the time of his death. He had five children during his lifetime.