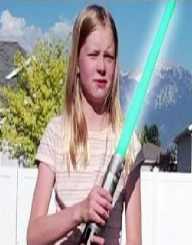 Rachael SGG was born on December 29, 2002, in England. Her family moved to the state of Massachusetts in the United States when she was a child. She has a large family that includes an older sister Katherine (who is also a YouTube sensation), an older brother, Thomas, and a younger sister, Grace.

When Rachael SGG is not making YouTube videos with her siblings and friends, she likes to spend her time singing in a choir. Some of her musical talents can be seen in her YouTube videos. She also likes to run track and exercise in other ways.

Rachael SGG and her sister, Katherine, once audition for a spot in the Seven Awesome Kids Group, but they were turned down.

One channel on YouTube means more to Rachael than any other: Super Seven Girls. The channel was first set up on YouTube in 2011.  Her sister, Katherine, has a main spot on this channel. Rachael SGG often appears in her sister’s videos which are how she began to grow her internet fame. Eventually, Rachael earned her own slot on the channel. She currently posts videos on the channel almost every Friday. In her videos, she does what she can to make her fans laugh. She and the other girls who share the channel often post videos of themselves taking part in various YouTube challenges.

Other than Rachael SGG and her sister, there are six other girls who share the channel. Each girl posts a video on one day of the week so that there is a new video on the channel every day. The other girls in the group are Emily (Monday), Jazzy (Tuesday), Kaelyn (Wednesday) Jenna (Thursday), Mimi (Saturday), and Nicole (Sunday). All of the girls in the group are younger than 17 years old. They pride themselves on being young YouTube stars. Katherine is the oldest in the group and Jazzy is the youngest. The girls do not all live near each other. Some of the girls live in the United States, while the rest live in England. Luckily this doesn’t stop them from sharing one YouTube channel and posting wonderful videos together.