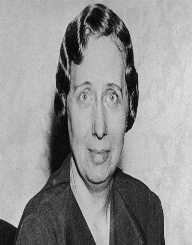 Bess Truman was born on February 13th, in 1885. At the time of her birth, she was given the name Elizabeth Virginia Wallace. She was the daughter of David Willock Wallace and Margaret Elizabeth Gates. Her birthplace was in Missouri, U.S. Bess was the eldest daughter in a family of four.

Bess Truman met with her future husband, Harry Truman when Truman’s parents migrated and settled in Independence, Missouri. The two went ahead and attended the same school when they were young.

Bess Truman tied the knot with Harry Truman on June 28th, in 1919. Earlier on, in 1911, Truman had proposed to Bess, but his request was turned down. The couple had only one daughter named Margret in their marriage. She was born in 1924.