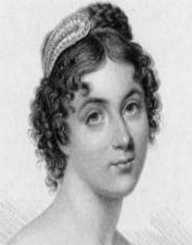 Harriet E. Wilson took pride as the first Black American novelist and the African American to publish a novel containing the United States content. Her novel Our Nig, or Sketches from the Life of a Free Black was published in 1859.

Harriet E. Wilson was born in Milford, New Hampshire on 15 March 1825. Her parents were Joshua Green of African ancestry and Margaret Ann of Irish ancestry. At a young age, she lost her father. Unable to raise her, her mother abandoned her at Hayward Jr.'s farm where she spent most of her childhood life.

Her life in the Hayward's was difficult. She was abused physically and mentally all through to the age of 18.

On 6th1851 Harriet E. Wilson married Thomas Wilson who had claimed to be a former slave but later confessed otherwise. Their marriage was however short-lived; she was abandoned by her husband when she was sick and pregnant.

She was forced to relocate to Hillsborough County where she gave birth to her son, Mason Wilson. Soon after the birth of her son, her husband reappeared and took the two out of the farm.

After the death of her husband, she was unable to provide for her son which led her to take him to Goffstown the poor farm. Her son later passed away at the age of seven.

She went into her second marriage on 29th September 1870. She married John Gallatin Robinson, a Canadian native. Her second husband was however 18 years younger than Harriet. The two later separated and records of their divorce have never been found.

On 18th August 1859, while still in Boston Harriet E. Wilson wrote Our Nig. Her intention for writing the book was to raise money to care for her sick child.

She later wrote Sketches from the Life of a Free Black, a book that aimed at eliminating racism in North America.

There are no records on whether Wilson wrote any other book after Our Nig. Her novel was rediscovered in 1982 by Henry Louis Gates.

Harriet E. Wilson died on 28th June 1900 at Quincy Hospital. She was laid to rest at Mount Wollaston Cemetery.