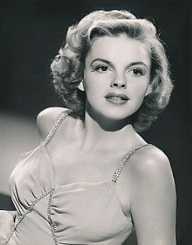 Judy Garland was born as Frances Ethel Gumm on June 10, 1922, in Grand Rapids, Minnesota. Her parents were vaudevillians who settled in Grand Rapids to run a movie theater. She was the youngest of three sisters in the family. The family loved music, and she was only two years old when she joined her family on stage during Christmas show, singing Jingle Bells. The sisters performed for several years.

In June 1926, a rumor broke out that her father Frank made sexual advances towards male ushers. The family purchased another theater in Lancaster and moved there. Her mother then started to manage her daughters and trying to get them cast in movies.

The Gumm Sisters attended a dance school, later a dance troop Meglin Kiddies. The sisters appeared at its annual Christmas show. In 1929, they made their film debut in The Big Revue. It was followed by several more motion picture projects. The Gumm Sister final appearance was in 1935 short film La Fiesta de Santa Barbara. Around this time, Frances took the name Judy and changed the band’s name to Garland Sisters.

After seeing the Garland Sister’s act, songwriter Burton Lane asked their father to bring Judy to an audition. She sang two songs and was immediately signed to MGM. She was at the time 13 years old. Garland’s physical appearance was very different from the standard of the time. She was only 151 cm tall and was often named the “ugly duckling” of the school.

Still, Judy Garland was the money-maker at the time. Garland had a lot of insecurities about her looks. Her first major singing role was opposite Deanna Durbin in Every Sunday. In 1935, she was preparing for the role in Shell Chateau Hour, when her father died at the age of 49. Her song for the movie Zing! Went the Strings of My Heart became her standard song in later concerts.

Garland was paired with Mickey Rooney in a series of “backyard musicals.” The two appeared in eight movies which were a great success. Garland later stated that she and other young stars were prescribed amphetamines continuously to stay awake and then they took barbiturates to fall asleep. MGM also demanded Garland lose weight and put her on a diet.

In 1938, Judy Garland was cast as the lead Dorothy Gale in The Wizard of Oz. In the film, she performed the song Over The Rainbow, which made her world-famous. The film was a great success, and Garland won an Academy Award for her role. This recognition made Garland MGM lead actress. In the following years, many projects followed, most memorable of them Little Nellie Kelly, Presenting Lily Mars and one of her most famous roles in Meet Me in St. Louis.

In 1947, Garland had a nervous breakdown and even made a suicide attempt. She spent some time at a psychiatric hospital. Her next project was The Barkleys of Broadway. During filming, Garland obtained sleeping medication which contained morphine. She also had an alcohol problem, and the combination led her to miss several days of filming. She was then suspended from the film.

In 1948, she returned to film In the Good Old Summertime, which also starred her then 2-year old daughter Liza. Despite her success as an actress, Garland had a major drug and alcohol addiction as well as depression. In 1950, she parted from MGM.

In 1950, Judy Garland made her first appearance on Bing Crosby’s radio show. Garland had recently attempted her second suicide and was afraid that the audiences would only look at her scars. Crosby went out to talk to the audience to support her, and she was welcomed with a huge ovation. Appearing on the Crosby’s show brought Garland her career back.

In 1951, she began touring Britain and Ireland. She also performed in New York and decided to make her career as a performer. In 1951, her performance at the New York’s Palace Theatre was completely sold out. She received a Tony award for bringing back the art of vaudeville.

Garland made a short comeback to Hollywood in the musical remake of A Star is Born in 1954. The role won her a Golden Globe. Garland was also nominated for Academy Award, but Grace Kelly won it instead. She starred in four more movie projects, with her final film I Could Go On Singing in 1963.

Judy Garland appeared in various TV specials since 1955. She signed a contract with CBS worth $300,000. She also performed on the Las Vegas Strip for $55,000 a week. In 1959, Garland was hospitalized with acute hepatitis. Although the doctors said she is not likely to recover and probably will only live for a couple of years, Garland managed to get over her disease. One of the highlights of her career as a performer was her concert at Carnegie Hall in 1961.

The same year, Garland and CBS negotiated a deal on a round of shows named The Judy Garland Show. After the success of the first season, starring Frank Sinatra and Dean Martin, CBS extended the show to weekly series for a salary of $24 million. Despite its major success, the show lasted only one season. It was nominated for 4 Emmy Awards. After the demise of her show, Garland returned to the stage, where she performed with her daughter Liza. Garland’s last performance was in 1969.

In 1969, Judy Garland was found by her husband in the bathroom of their Chelsea house in London. Garland was only 47 years old. The coroner stated that she had accidentally overdosed on barbiturates - her blood contained 97mg of Seconal capsules. At the time, Garland’s health was very poor. She had been suffering from cirrhosis, although autopsy didn’t show signs of it. Some of her previous co-stars commented on her death, by saying that Judy was simply worn out.

On June 26, a ceremony took place in Manhattan, where around 20,000 people showed up to pay their respects. She was buried in Hartsdale Cemetery outside of New York, but in 2017, upon the request of her children, Judy Garland’s remains were reburied in the Hollywood Forever Cemetery in Los Angeles