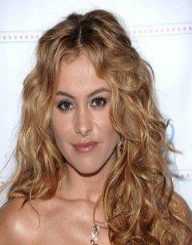 Paulina Rubio was born on June 17, 1971, in Mexico City, Mexico. Her parents are Susana Dosamantes and Enrique Rubio.

In 1982, Paulina Rubio joined Timbiriche, a Latin pop band.  She was only a teenager when she joined this band, but many of the other group members were also young when the band first started out. These other band members included Benny Ibarra, Sasha Sokol, Mariana Garza, Alix Bauer, and Diego Schoening.  In the band’s first year, they managed to release two albums: Timbiriche and La Banda Timbiriche. The next year, they also released an album, Timbiriche Disco Ruido.

In 1988, Bauer left the band. The album Timbiriche VIII & IX were released this year. Around this time, Capetillo and Sodi both left the band, but Bibi Gaytan joined. The band released its last album with Rubio, called Timbiriche X. In 1990, Rubio officially left the band.

In 1992, Paulina Rubio began her solo singing career. Her debut solo album was La Chica Dorada. Her solo career produced albums just as quickly as her old band. She quickly released another album the next year called 24 Kilates. In 1995 she released her third solo album: El Tiempo Es Oro, and the following year she released Planeta Paulina.

In the 2000’s, Paulina Rubio continued to expand her career. In 2000, she released another solo album: Paulina. In 2002, she released her first album sung in English: Borer Girl. However, this album was not as big of a hit as she had expected it to be. Throughout the next years of this decade, she released three more albums: Pau-Latina, Ananda, and Gran City Pop.

In 2011, Paulina Rubio released Brava! For the next couple of years, she also released Bravisima! and a compilation album, Pau Factor. In 2012, she went on a solo tour and another one in 2017.

Paulina Rubio’s acting career first began in 1987 when she has a small part in the film, El Dia Del Compadre. The next year, she played Paulina Montenegro in the telenovela Pasion y Poder. She acted in 80 episodes of the show, which were all filmed in the same year.

In the 1990’s, Paulina Rubio acted in several small roles in two television shows, Baila Conmigo and Pobre Nina Rica. She also had a part in the film Besame en la Boca.

The 2000’s did not have many roles for Rubio. However, Paulina Rubio did have some guest roles in The Roldan's, Dare to Dream, and Jane the Virgin. She also worked as a judge on the United States X Factor in 2013.

Rubio’s awards are for her music and acting career. Her most impressive awards are listed below.

Paulina Rubio married Nicolas Colate Vallejo in 2005. Together, this couple had one son: Andrea Nicolas Vallejo-Nájera Rubio. This couple divorced in 2013. She also has a son (Eros Bazua Rubio) with her ex-boyfriend, Gerardo Bazua.