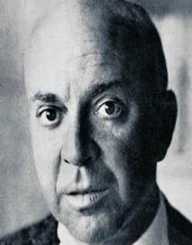 John Roderigo Dos Passos was born 14th January 1896, in Chicago, Illinois, in the United States. Dos Passos’ parents were not married, and he lived with his mother. His mother preferred Europe to America, and as a young child, Dos Passos often travelled with her. Dos Passos’ parents married in 1910, but it was some time before he was recognized by his father as being his son.

When he returned to the U.S. with his mother, Dos Passos was enrolled in a private school but found it difficult to fit in with the American culture. As he grew a little older, his parents sent him on a six-month tour of the Middle East as well as well as some of the European countries like France, England, and Italy. He was accompanied by a private tutor, and while on tour he studied literature, architecture and classical art.

John Dos Passos studied at Harvard College and graduated in 1916. He then undertook a study tour to Spain, to further his knowledge of architecture and art.

In 1917, Dos Passos joined the Volunteer Ambulance Corps, along with two of his friends from school. Sometime later, he joined the American Red Cross and drove ambulances for them in Italy.

In 1918, John Dos Passos had started to write, even though he was part of the U.S. Army Medical Corps. The overseas education section of the U.S. Army stationed Dos Passos in Paris so that he could study there as well. His first novel, One Man’s Initiation: 1817, was published in 1920. He followed this in 1921 with his second novel, called, Three Soldiers. The second work gained him recognition as an author.

His sixth novel, Manhattan Transfer, was published in 1925, finally giving him success on a commercial scale as a writer.

In 1930, Dos Passos released what would be the first part of a trilogy, called, U.S.A. Trilogy. The book was called The 42nd Parallel. The second book, 1919, was released in 1932, and the third book, The Big Money, in 1936. Although the books can be read individually, they were written with the intention of being understood as a set. The trilogy became his most well-known works, and the books became synonymous with his name.

In 1937, John Dos Passos went back to Spain when they were in the middle of their Civil War. He became anti-communist, and this led to a drop in his book sales in Europe as socialism had taken a stronghold and was growing.

During the Second World War, Dos Passos was a war correspondent and journalist. When he was back in America, during the 1950s, Dos Passos wrote for various magazines and journals, including American Heritage, The Freeman, and National Review. During the 1960s, Dos Passos continued to write, but he also became more politically active. He campaigned for Richard Nixon and Barry Goldwater.

Throughout his life, John Dos Passos published over 40 books, along with many essays and articles.

John Dos Passos was also an accomplished artist. He drew and painted, and the covers of his books were very often his artwork. In 1922, he held the first exhibition of his art at the National Arts Club in New York, and in 1923, he had a second exhibition at Gertrude Vanderbilt Whitney’s Studio Club. Dos Passos painted throughout his entire life, gaining respect as an artist, and completing more than 400 artistic works.

An exhibition called The Art of John Dos Passos opened in 2001. It showed first in New York City, and then went on to show at chosen venues across the U.S.

Among his awards and honors, John Dos Passos has the following:

1947:   Elected to the American Academy of Arts and Letters

In 1929, John Dos Passos married Katharine Smith. Smith died tragically in a car accident in 1947. He then married Elizabeth Hamlyn Holdridge in 1949. The couple had a daughter, and they were still together at the time of his death.