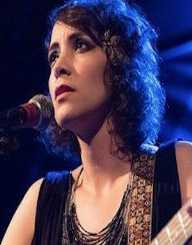 Emina Jahovic Sandal was a famous Serbian actress, model, singer, and songwriter. Born on January 15, 1982, started a career as a songwriter and gained fame in the 1990s after having won several festivals. Her prominence as a songwriter earned her a recording contract with City Records in 2001 and followed it with her debut album Osmi dan in 2002. The album gained several acclaims but did not do well commercially. Nonetheless, her 2008 album, Vila was highly successful commercially, and singles like Još ti senadam, Med, and "Pile moje" became hit. With that successful album, she gained the alias, Pop princeza and at times referred to as the Pop Diva.

Emina Jahovic made an acting debut in 2011 with a lead role in the Turkish primetime tv-series, Lale Devri as Lale Taskiran. Emina has also ventured into modelling and has served as the face for several companies and also the face for numerous European companies. Emina has become very popular within her country and Eastern Europe and currently the highest paid Balkan artist. Emina holds both Turkish and Serbian citizenship.

Emina Jahovic Sandal was born on January 15, 1982, to Senija Jahovic, MD, a paediatrician and NusretJahovis, MD, a cardiothoracic surgeon as the youngest of three children. Her sister Sabina Jahovic is a child psychiatric and her brother Mirsad Turkcan is an NBA player and the first Turkish basketball player to reach that feat. Emina grew up in Novi Pazar in Bosniak of Sandzak in south-west Serbia. She had her primary education Mesa Selimovic in Novi Pazar at age seven. She at the same time commenced guitar lessons in Molranjac Music School. After completing her first music studies, she joined the choir of Novi Pazar and also toolparl in local folklore sections. With her height, she started to practice basketball at 6th grade.

After her father’s death at age 13, Emina Jahovic was asked by her mother to quit basketball due to her slim figure. Emina then took acting seriously and performed in school plays when she was in high school. One of such plays is Antigone and in the play Galeb, she sang Kaži zašto me ostavi by Ana Sofrenovic during the NATO bombing of Yugoslavia in 1999. As she continued to sing in play, she noticed her passion for music and hence followed that path even though she has had a dream of becoming an architect in future. Emina enrolled at the Faculty of Management at the Braca Karic University in Belgrade currently the Alpha University where she graduated with a BA degree.

After recognising her talent, Emina Jahovic took part in various national youth festivals, and that played an essential role in her music career. Her first award was the youth festival Zlatnastaza in Montenegro where she performed the song Samo ti, mojamuziko in 2000. She again won the Zvjezdanestaze. That was when her potentials were recognised by composer Igor Perazic and manager Dragoslav Gana Pecikoza who started to work with her in 2001. That was when she came out with her maiden album, Osmi dan released by Dino Merlin. Though the album did not perform well commercially, it was widely acclaimed and that gained her some recognition.

Emina participated in the Oskar popularnosti “Popularity Oscar” in Sarajevo and won the Zlatnuzvezdu in 2003. She went on to partake and won two awards in the Suncane skale Festival in Herceg Novi, Montenegro. Emina's winning streak continued as she won the Zlatnaplaketa “Golden Plate” in the Nove zvijezdee “New Star.” Emina second album was Radije ranije with City Records in 2005. It consisted of hit singles like Da l' onazna which became number one in Bosnia and Herzegovina, Montenegro, Kosovo and making it into the top 10 in Albania and Macedonia.

Emina Jahovic won the Best Songwriter for the song Nije više tvojastvar as she partook in the 2005 Music Festival Budva. She came out with an English single Exhale in 2008 recorded in New York City under the production wing of Bojan Dugic. She went on with the release of another single Još ti senadam in December same year which she collaborated with Serbian singer Sasa Kovacevic Vmjacka Banja. The accompanying video of the single is considered one of the most expensive music video in Serbian music history as it was shot in several locations in Serbia.

Emina released her third album Vila on May 21, 2009 through PGT RTS, and dedicated it to her grandfather, Adam. The album became very successful and a song on it, Med, which she did with Dino Merlin won an award at the Balkan Music Award for Best Song in the Balkans from Bosnia and Herzegovina for 2009. To support the album, she held a concert in the Sava Centar, New Belgrade on October 25, 2009, which saw a considerable number of patronage including ministers of state.

Emina Jahovic came out with two singles Gospodine and Poslemene in 2011 under City Records. She then released her debut single in Turkish Kimse Yok Mu? Recorded by Dogan Music Compay and released in December 2012. She has collaborated with Moroccan born choreographer, Hamza Haimami known for his work with top artists like Usher, will.i.am, Katy Perry, Fergie and Rihanna.

Emina Johavic made an acting debut in the Turkish television primetime soap opera, Lale Devri where she played Lale Taskiran. The soap which was aired on FOX and debuted on Show TV was aired in over 30 countries around the world. In the Balkan Peninsula, the Lale Devri was broadcast under the name Polje lana and showed in RTV Pink; it was also broadcast under the name Lal? Dövrü in Azerbaijan.

The series was also popular in the Arab World and broadcast under the name ???? ???????, and aired by Middle East Broadcasting Centre and Dubai TV. This gained Emina fame in that region. Emina and her husband Mustafa Sandal featured in the TV commercial Akilli Telefon Hareketi for Turkish multinational telecommunications company, Turkcell in 2012. The commercial aimed at promoting Turkcell smartphone revolution span for almost a year. The couple also featured in Turkcell commercial, Maxi'yi Alan Ya?ad? in February 2013.

With a height of 5 feet 11 inches tall, Emina Jahovic has modelled and served as the face for many advertising companies. She is the official face of the fashion companies, Fabrika in Turkey and Kara in Macedonia. She once turned down an offer from a Turkish lingerie company in order to save her family’s image. Emina has featured on the cover of European magazines like Cosmopolitan Serbia, Elele, Maxim, Women’s Health, Lepota I Zdravlje, Hello!, Mother and Bady and Hafta Sonu among several others.

Emina Jahovic married Turkish singer Mustafa Sandal on January 13, 2008, in Hotel Les Ottoman à Istanbul. The couple met in 2004 in Bodrum, Mugla. They since have two children Yaman and Yavuz. She is fluent in English, Turkish, Slovenian and Bulgarian. Since her husband is a Turkish, Emina holds dual citizenship in both Serbia and Turkey.

Emina Jahovic has been involved in several works to serve humanity and give back to the society. She serves as the face for the Campaign to Fight Breast Cancer instituted by the HRH Crown Princess Katherine Humanitarian.