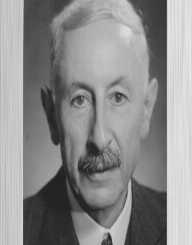 Paul Sabatier was born 5th November 1854, in Carcassonne, France. After attending local schools, Paul Sabatier began to study at Ecole Normale Superieure in 1874. He graduated in 1877.

In 1878 he began as a laboratory assistant at the University of Paris, where he completed his Doctorate of Science in 1880.

Paul Sabatier co-founded a multidisciplinary journal in 1887 with several of his colleagues, and in 1905 he was appointed Dean of the Faculty of Science, still at the University of Toulouse. He continued his research over the ensuing years, primarily in the field of catalytic syntheses in organic chemistry. He published his findings in 1913, in what would be his most notable book, La Catalyse en Chimie Orgarnique (Catalysis in Organic Chemistry). The book was later also translated into English.

Paul Sabatier played a major role in hydrogenation being used in the industrial sector. His process was called the Sabatier reaction, and it was to do with the use of hydrogen with carbon dioxide at a high temperature, using nickel as a catalyst to form water and methane.

Paul Sabatier won several awards and received many honors. Some of the more notable are:

He was also honored as a Commander of the Legion d’Honneur.

Paul Sabatier was married and had four children, all daughters.