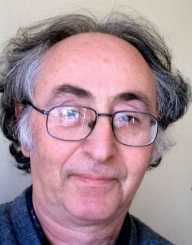 Born in Wales, Brian Josephson is a theoretical physicist well known for his work on superconductivity and quantum tunneling. He was honored with a Nobel Prize in Physics in 1973 for the invention of Josephson junctions, the major components of Super Quantum Interference Devices (SQUIDS) commonly referred to as Josephson's effects. Since his early age at school, Josephson was a brilliant but shy boy. He had a unique interest in physics, and he often challenged the lecturers on topics he felt were not given the best shot. Brian published his first paper while still an undergraduate student at Cambridge University. Brian Josephson developed Josephson effects theory when he was 22 years and a Ph.D. student at the University in 1962. He acquired his masters and Ph.D. in 1964.

Brian's career was majorly centered in Cambridge with only a few seasons of him being in the United States of America.