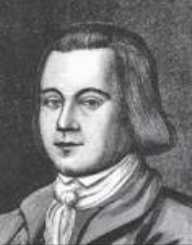 George Cabot was an American businessman and politician.

George Cabot was born on 3rd December 1752, depending on different sources. He was part of a wealthy family in Salem, Massachusetts. His father, Joseph Cabot, was a successful merchant.

His mother, Elizabeth Higginson Cabot, was a homemaker. He had seven brothers, named Joseph, John, Andrew, Stephen, Francis, Samuel, and Nathaniel, and a sister named Elizabeth.

In 1766, George Cabot enrolled at Harvard College. He dropped out in 1768 and decided to start working.

After leaving Harvard, George Cabot went to sea and started working as a cabin boy. In just a few years, he managed to become the captain of the ship. He eventually started buying new ships and became a successful merchant.

George Cabot became involved in politics and made generous contributions to the campaigns of several local politicians. He joined the Massachusetts Provincial Congress in 1775. After that, he served as a delegate to the state constitutional convention. He was part of the convention which ratified the U. S. Constitution in 1787. The year after that, he was elected as a fellow of the American Academy of Arts and Sciences.

In 1790, Cabot took part in the senatorial elections. He won and entered the Senate in 1791. He joined the Federal Party and promoted the financial policies of Alexander Hamilton. In 1793, he retired from his ship business to focus on politics. Around this time, he became the head of the First Bank of the United States. He also introduced the Fugitive Slave Act to the Senate.

After the end of his term, Cabot went against many of the government’s policies. He opposed the Jefferson administration and the Madison administration. He fought to improve the trade laws which impacted the merchants in New England. In 1814, he served as a delegate to the secretive Hartford Convention. He and the other delegates weren’t happy with the War of 1812 and demanded changes to the U. S. Constitution.

After the war ended, many opposing politicians viewed the convention as an act of treason. This was the end of Cabot’s political career, as well as the end of the Federalist Party.

George Cabot married Elizabeth Higginson, his cousin. They had three sons, named Charles, Edward, and Henry, and a daughter named Elizabeth. Many of his descendants became successful businessmen, politicians, academics, and philanthropists.

George Cabot passed away in his home in Boston on April 18, 1823. His remains were buried at the Granary Burying Ground. Later on, they were transferred to the Mount Auburn Cemetery in Cambridge.