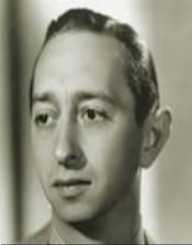 As a child, Bert Kalmar ran away from home. He then became a magician to support himself. He worked in many other areas of vaudeville during his childhood and teenage years, including acting as a comedian and a musician. This unique life experience impacted his life profoundly, and likely influenced the music he would later make as well.

During his many years working various jobs in the field of vaudeville, Bert Kalmar had saved up enough money to start his own music publishing business. He teamed up with a friend, Harry Puck to make Kalmar & Puck. The company was also known as Kalmar, Pick, Abrahams, Consolidated, Inc. When the company was known by this, Maurice Abrahams was also one of the owners of the group.

In 1918, Bert Kalmar formed a songwriting team with his friend, Harry Ruby. The two had been working together for some time at this point. Kalmar’s first Broadway play (that he wrote the music for) was Ziegfeld Follies, which came out in 1920. Together, they wrote the songs for many popular musicals, and often, the films that were made of them later. Some of their popular musicals were Animal Crackers, Horse Feathers, Duck Soup, and Three Little Words.

Kalmar was most active during the 1920’s, writing for almost a dozen plays during this decade.

While not writing musicals, during the 1930’s, Kalmar spent some time writing for movies. He wrote both screenplays, storylines, and sometimes he just helped out. Some of the films he contributed non-musically to during this decade are The Kid from Spain, The Circus Clown, Hips, Hips, Hooray!, Walking on Air, The Life of the Party, Ship Ahoy.

After 1929, Bert Kalmar did not have another musical on Broadway until 1941, when he wrote for High Kickers. His next Broadway musical did not wait as long and was released in 1943. This musical was called The Corn is Green, which would be his last Broadway musical while alive. After death, the musical, Fosse, would use his music in 1999.

Although Kalmar had a songwriting team with Harry Ruby, he also occasionally worked with others. He often worked with Ted Snyder, Guy Bolton, Jerome Kern, George Jessel, and Oscar Hammerstein II.

Aside from writing for musicals, Kalmar also wrote for some movies (that were not musicals before). These movies include the following: The Cuckoos, Check and Double Check, So This is Africa, Happiness Ahead, and Kentucky Kernels.

In 1920, Bert Kalmar was posthumously inducted into the Songwriter’s Hall of Fame.

Two of the movies Kalmar wrote music for (The Strip and Little Voice) were nominated for film awards.

Bert Kalmar married Jessie Brown. This couple had two children together. However, their marriage ended in divorce.

Bert Kalmar died on September 18, 1947, in Los Angeles, California, USA. He was 63 years old when he passed away. After his death, his long-time musical partner, Harry Ruby, stopped writing music.

Now, even decades after his death, the music that Bert Kalmar wrote (or co-wrote) is still being used in music and television shows. His songs have been used in over 100 unique shows and movies. They are likely to be continued to be used in the future. Some of the shows and films that have used his music include The West Wing, Gilmore Girls, MASH, The Dick Clark Show Gentlemen Marry Brunettes, and Beauty and the Breast (1934).