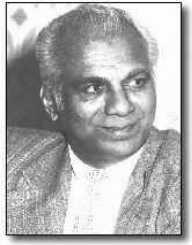 Cheddi Jagan was one of the greatest politicians that walked on the soil of Guyana. His views were largely democratic socialist, and he extensively worked for the freedom of Guyana.He served as the President of Guyana from 1992 to 1997.

Jagan was born on March 22, 1918, in Port Mourant. He had Indian ancestry. His parents Bachouni and Jagan were brought to British Guyana as plantation laborers. Jagan was the eldest of their 11 children. Despite his poor earning capacity, Jagan’s father ensured that he would get the best possible education.

Jagan was first sent to Queen’s College for his studies. After graduation, he was unable to get any decent paying job. So, he went to the US to study Dentistry at the Howard University in 1936. Jagan also spent a few years studying at the North Western University in Chicago. After finishing his education, he returned to Guyana in 1943.

Jagan began taking an interest in politics after his return to Guyana. In 1946, he co-founded the Political Affairs Committee along with Burnham, who acted as the Chairman. His wife, Janet, served as secretary.In 1950, he became the leader of the Peoples Progressive Party.

In 1953, Jagan was elected as the first Chief Minister of Guyana. However, his Marxist-Leninist views worried the British. They removed Jagan and dissolved the constitution. During the 1964 elections, Jagan won by popular vote. However, Burnham from the People’s National Congress was invited to form the government.

After spending 28 years as the leader of the opposition, Jagan once again won the elections in 1992. He was elected as the President of Guyana. He held this post until his death in 1997. In his later career, his political views had shifted to democratic socialism.

Jagan was a prolific writer who penned much about social issues in his works. He wrote many books and speeches. The most famous ones include Forbidden Freedom: Story of British India, The West On Trial: My fight for Guyana’s Freedom, The Caribbean Revolution, & The Caribbean: Whose backyard?

At 78 years of age, Jagan received a heart attack. He was admitted to a hospital in Washington D.C on Feb 15, 1997. A few days later, on March 6, 1997, Jagan left the people of Guyana and this world forever. Behind himself, he left the legacy of a highly popular politician admired by his countrymen.

Cheddi Jagan’s wife was Jane Rosenberg, an American. After the marriage, she came to Guyana to support him in his political career as well as his assistant in dentistry. They had two children – a daughter Nadira, and a son, Cheddi Jr. After Jagan’s death, Jane went on to become the Prime Minister and later the President of Guyana.