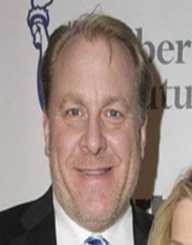 Curtis Montague Schilling is a former American professional Major League Baseball pitcher. Born on November 14, 1966, he was a member of the Arizona Diamondbacks team that won the World Series in 2004 and won it with the Boston Red Sox in 2004 and 2007. He had previously led the Philadelphia Phillies to the championship in 1993.

His outspoken nature caused several rifts between colleague players and managers. He retired from the game in March 2009, with a career postseason record of 11-2. His postseason .846 winning percentage is a major-league record among pitchers with at least ten decisions. Schilling is also a former video game developer and a baseball colour analyst.

Curtis Montague Schilling was born on November 14, 1966, in Anchorage, Alaska. He attended Shadow Mountain High School in Phoenix, Arizona, graduating in 1985. He then enrolled at Yavapai College in Prescott, Arizona.

Curt Schilling’s professional baseball career started in the Boston Red Sox farm system when he was drafted as a second-round pick. He since played for Red Sox’s affiliate, Elmira Pioneers, for two and half years in the minor league. In 1988, he was traded alongside Brady Anderson to the Baltimore Orioles for Mike Boddicker. He made a major league debut that year and played for Baltimore until 1990 when he moved to Houston Astro for one year.

In 1992, Curt Schilling was drafted to Philadelphia Phillies, where he posted a career-low 2.35 earned run average (ERA) at the end of the season. His second season was however impressive as he helped Phillies reach the World Series. He also won the 1993 NLCS Most Valuable Player Award. In the following three seasons Schilling suffered series of injuries limiting his play. He was able to bounce back and in 1997 season made it to the All-Stars team with 17 wins and a league-leading 319 strikeouts.

Curt Schilling was also named in the All-Star team the next two seasons. He was traded to Arizona Diamondbacks in 2000. He helped the team to win the World Series in 2001. That year he won 22-6 games with 2.98 ERA. During the World Series, he was 1-0 with 1.69 ERA and 26 strikeouts in 21 innings. He shared the World Series MVP with teammate Randy Johnson. The two also shared Sports Illustrated magazines Sportsmen of the Year Award.

Curt Schilling signed with Red Sox in 2003. He won his 20th game for Red Sox on September 16, 2004, becoming the team’s 5th pitcher to win 20 or more games in his first season. He also helped the team to achieve an impressive playoff run that year. That same year, he helped the team come back from a three-games-to-none series deficit to beat the New York Yankees in the American League Championship Series (ALCS), becoming the first team in the major league history to achieve that.

He sustained injuries in the 2005 season limiting his play. He made a comeback the next season becoming the 14th pitcher in the major league history to achieve 3,000 strikeouts and the 3rd to accomplish that before compiling 1,000 walks. He was again hit by injuries in the 2007 regular season winning only nine games. Nonetheless, was instrumental in Red Sox winning the 2007 World Series. Schilling retired from the game in March 2009 due to recurring injuries. His career record stands at 216–146, with 3.46 ERA, and 3116 strikeouts.

Curt Schilling is an enthusiast of electronic games and founded the video game company 38 studios in 2006. The company was started in Massachusetts but was moved to Rhode Island in 2011 after accessing a $75 million loan from the state. The company was unable to pay its mortgage and declared bankruptcy in May 2012, with over 400 workers losing their jobs. Schilling has been accused of mismanaging the company.

Curt Schilling worked as a colour analyst for ESPN, making a debut on April 4, 2010, during the pre-game show for the 2010 season opener between the New York Yankees and Boston Red Sox. He joined the ESPN Sunday Night Baseball as an analyst in 2014. ESPN.com suspended Schilling on August 25, 2015, after he compared Muslim Jihadism to German Nazis in his Twitter post.

He later deleted and apologised for the tweet. ESPN announced their decision to fire Schilling on April 20, 2016, after he shared a Facebook post, which many regarded as anti-transgender. Schilling also wrote for 38pitches.com, WEEL.com, and Wordpress.com.

Curt Schilling married Shonda Schilling. The couple had four children, Gehrig, Gabriella, Grant, and Garrison. Schilling announced on February 5, 2014, that he has been diagnosed with throat cancer and undergoing treatment. On August 20, 2014, he revealed his 30 year-long use of smokeless tobacco caused cancer.