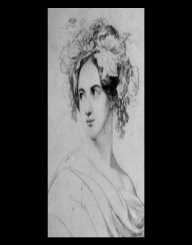 Fanny Mendelssohn Hensel was a German pianist and composer. Born on November 14, 1805, she composed over 460 pieces of music varying from the piano trio and several works of solo piano pieces and songs. Some of her original songs were published under the name of his brother Felix Mendelssohn I his opus 8 and nine collections. Most of his piano works were in the form of songs mostly with the name Lied ohne Worte (Song without Words). Among her piano works were, pieces depicting the month of the year called Das Jahr ("The Year"), written on colored sheets and illustrated by her husband, Wilhelm Hensel. The pieces were accompanied by short poems.

Fanny Mendelssohn Hensel was born on November 14, 1805, in Hamburg to Jewish family Abraham Mendelssohn and Lea, née Salomon. He was the eldest child of four including the composer Felix Mendelssohn. Fanny first received piano lessons from her mother, who had herself received Berliner-Bach tradition by Johann Kimberger.

At age 13, Fanny Mendelssohn was able to play all the 24 Preludes of The Well-Tempered Clavier from Bach, which he played in honor of his her father during his birthday in 1818. He later received lessons under pianist Marie Bigot in Paris and eventually with Ludwig Berger. Fanny Mendelssohn and his brother Felix joined the Sing-Akademiezu Berlin in 1820. It was at the time led by Carl Friedrich Zelter who became enthused with Fanny’s skills in the piano and therefore favored her over Felix.

Fanny Mendelssohn showed extraordinary musical skills, but this was somehow curtailed by the perception towards women at the time. His father also shared that same views, and instead of being supportive, he was rather tolerant of her dreams of becoming an accomplished composer. In 1820, he wrote to Fanny that, "Music will perhaps become his [i.e., Felix's] profession, while for you it can and must be only an ornament."

Despite Fanny having less support from family, his brother Felix was supportive as both siblings shared the great musical passion. With this, Fanny Mendelssohn arranged with Felix to have some of her songs to be published under his name. Some of the songs published under his name include his three in Op. 8 collections and another three in his Op. 9. As many thought it was Felix original composition, Felix got embarrassed when Queen Victoria invited him to the Buckingham Palace. The Queen asked him to Felix sing one of her favorite of his songs, “Italien” but Felix had to admit Fanny composed it.

After her marriage in 1929, her husband, Wilhelm Hensel was supportive of her composition works. Fanny made her public piano debut and her only known outdoor performance in 1938, by performing her brother’s Piano Concerto No. 1. She published a collection of her songs Op 1 in 1946.

Fanny Mendelssohn married painter Wilhelm Hensel in 1829. The couple had a son Sebastian Ludwig Felix Hensel. She suffered a stroke while rehearsing his brother’s oratorios The First Walpurgis Night. The complication of this stroke caused her death in 1847. His brother Felix died of same complications six months later.

Fanny Mendelssohn throughout her career composed over 460 pieces of music including a piano trio and numerous books of solo piano pieces and songs. Most of her piano works were in the form of songs with the name Lied Ohne Worte (Song without Words). Some of her pianos works also included a cycle of pieces showing the months of the year, Das Jahr ("The Year").

Each of these pieces was matched with short poems. On how she created Das Jahr, Fanny in stated in her letter that “I have been composing a good deal lately, and have called my piano pieces after the names of my favourite haunts, partly because they really came into my mind at these spots, partly because our pleasant excursions were in my mind while I was writing them. They will form a delightful souvenir, a kind of the second diary. But do not imagine that I give these names when playing them in society, they are for home use entirely.”

In 1828, Fanny Mendelssohn composed one of her major works, Easter sonata but was left unpublished in her lifetime. The manuscript was discovered in 1970 but was credited to her brother Felix. It was not until 2010 that is was script was re-examined and known that it was Fanny’s work. On December 8, 2017, International Women’s Day, it was debuted in her name.