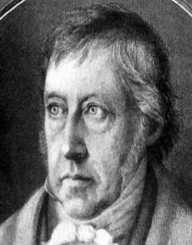 Georg Wilhelm Friedrich Hegel was prominent a German Philosopher. He was born on August 27, 1770. He was one of the last prominent philosophical system builders in the modern era. Also, he is one of the important figures of German idealism.

Georg Wilhelm Friedrich Hegel was born on August 27, 1770, in Stuttgart, Germany. He was born to Georg Ludwig and Maria Magdalena Louisa. His father is a civil servant at the court of Karl Eugen, Duke of Württemberg.

At age three, he attended the German School. Two years on, he started the Latin school. when he was 13 year, he lost his mother to “bilious fever.” However, he and his father escaped death despite contracting by the fever. He had two siblings, Christiane Luise, and Georg Ludwig.

In 1776, Georg Wilhelm Friedrich Hegel attended the elite Gymnasium Illustre in Stuttgart. Hegel read extensively including works of Friedrich Gottlieb Klopstock, Gotthold Ephraim Klopstock, and Christian Garve. He graduated from the gymnasium with the speech entitled “The abortive state of art and scholarship in Turkey.” After completion, he went on to study at the seminary school at the University of Tübinge oh his father’s behest.

However, his association with other students sparked his interest to form his philosophy, which subverted the widespread influence of different popular philosophies like Aristotle. After his graduation, he went into teaching.

Georg Wilhelm Friedrich Hegel began his academic career at the University of Jena as an unsalaried lecturer. In addition to giving joint lectures with his friend, Schelling, he also taught “Logic and Metaphysics.” The two friends jointly lectured on an “Introduction to the Idea and Limits of True Philosophy.”

Also, they held a “Philosophical Disputorium.” Later in 1801, he completed his first book, “The Difference between Fichte’s and Schelling’s System of Philosophy.” The following year, they founded a journal, “Critical Journal of Philosophy.” However, Schelling left for Würzburg in 1803, which ended their collaboration.

Georg Wilhelm Friedrich Hegel also worked as a newspaper editor, despite not being much interested in the field. From 1808 to 1815, he taught philosophy and served as headmaster at a school in Nuremberg. The following year, he became chair of philosophy at the University of Heidelberg.

In 1817, his publication of “Encyclopaedia of the Philosophical Sciences” in Basic Outline won him a position as the chair of philosophy at the University of Berlin. He published “Elements of the Philosophy of Right” In 1820.

The system attempts to comprehend the entire universe as a systematic whole grounded in faith. With time, he noticed the restrictions in Kant’s philosophy and other popular theories.

Therefore, he developed what he called dialectical thinking. This kind of philosophy reflects in his major work, “The Phenomenology of Spirit.” The work supposed to be part of his comprehensive scientific system served as an introduction due to its volume.

He defined totality as an eschewed Absolute Mind and Spirit as a vantage point in line with the common everyday state of mind, where a series of moments make up the whole.

Georg Wilhelm Friedrich Hegel published four books throughout his career. They are The Phenomenology of Spirit, 1807, and Encylopedia of the Philosophical Sciences original published in 1816 and revised in 1827 and 1830. The rest are Science of Logic, in three volumes, 1812, 1813 and 1816 respectively.

The first volume reviewed and published in 1831 was about the logical and metaphysical core of his philosophy. The last book Elements of the Philosophy of Right, 1820 was about his political philosophy.

In 1811, at age 40 Georg Wilhelm Friedrich Hegel married Marie von Tucher. They had two sons, Karl (historian) and Immanuel (theologist). The couple adopted Ludwig from Jena. Hegel died on November 14, 1831, during an outbreak of cholera. He was buried in the Dorotheenstadt cemetery on November 16, 1831. Unable to contain the trauma, his sister committed suicide three months later.