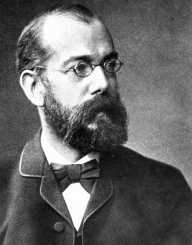 Walter Rudolf Hess was born on March 17, 1881. He was a Swiss physiologist. He played a significant role in discovering the adjudging function played by the different parts of the brain in determining and coordinating functions of the internal organs.

Walter Rudolf Hess was born on March 17, 1881, in Frauenfeld, Switzerland. He was born to Clemens Hess and Gertrud Hess. He was brought up alongside two siblings. His father taught physics. He loved physics from a very young age. He attended the Gymnasium and completed his education in 1900. He took up studying science because his father inspired him to do so. In 1906, he graduated with a Medical Degree from the University of Zurich.

Walter Rudolf Hess wanted to become a physiologist, but he could not do so immediately as certain circumstances prevented him from doing so. He started his career as a surgeon. He trained under Conrad Brunner where he published his dissertation ‘Zum Thema Viskositat des Blutes and Herzabeit.’ He invented the viscosimeter which is an instrument used for measuring blood viscosity.  In 1907, he joined the University of Zurich where he trained as an ophthalmologist.

Walter Rudolf Hess trained under Otto Haab. He completed his training and started working as an ophthalmologist. In 1912, he began pursuing his favourite area of specialization, physiology. He started his research under Justus Gaule. In 1913, he became a Privatdozent. During World War I, he remained at the Physiological Institute of the University of Bonn. He studied under the guidance of Ma Verworn. In 1916, he became the interim director of the Department of the Physiological Institute at the University of Zurich.

In 1917, Walter Rudolf Hess was appointed full professor at the university. He was also the director of the Physiological Institute at the university, a position he held up to 1951 when he retired. As a physiologist he became interested in studying the autonomic nervous system, that is, nerves that originated at the base of the brain and extended up to the spinal cord. His experiments led to the discovery that the stimulation of the hypothalamus of the brain helps in inducing behaviour from excitement to apathy, depending on the region of stimulation.

In 1930, Walter Rudolf Hess founded the International Foundation for the High Alpine Research Station Jungfraujoch. He served as the director of the foundation until 1937. After his retirement in 1951, he continued to work in an office at the University of Zurich.

In 1932, Walter Rudolf Hess received the Marcel Benoist Prize. In 1949, he was awarded the Nobel Prize in Physiology or Medicine for his discovery of the functional organization of the interbrain as a coordinator of the activities of the internal organs. He received honorary doctorates from universities such as McGill University and University of Freiburg among others.

Walter Rudolf Hess married Louise Sandmeier with whom he had two children, Gertrud Hess and Rudolf Max Hess. He died on August 12, 1973, of heart failure in Locarno, Switzerland. He died at the age of ninety two.