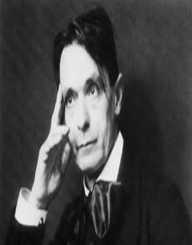 Rudolf Steiner was born on February 25, 1861. He was a celebrated Austrian philosopher, esotericist, social reformer and a talented architect. At the end of the 19th century, Steiner earned his nationwide recognition following the philosophical works that he had published. Some of his notable works at this time included The Philosophy of Freedom. At the onset of the 20th century, he came up with anthroposophy, a philosophic spiritual movement.

Rudolf Steiner was born on February 25th, in 1861. His place of birth was in Donji Kraljevec, a section in Northern Croatia. His father was called Johann Steiner. On the other hand, his mother was named Franziska Blie. His father worked as a gamekeeper while his mother was simply a housemaid. At some point, his father went to work as a telegrapher for the Southern Austrian Railway.

For his early education, Rudolf Steiner enrolled with one of the schools in his village. However, his father and the schoolmaster often disagreed. This had an impact on Steiner’s early education as he had to study from home for a short period. At the age of eight, Steiner’s family relocated to Neudörfl. Later in 1872, Rudolf Steiner enrolled with one of the secondary schools in Wiener Neustadt. Seven years later the family relocated again and went to Inzersdorf. This was a move that would make it convenient for Steiner to undertake his studies at the Vienna Institute of Technology. Here, he studied different subjects including physics, mathematics, biology, botany, and chemistry. However, he failed to graduate from the institution.

In 1882, Rudolf Steiner worked as a chief editor to Goethe's works. His employment followed this at the Goethe archives situated in Weimar. He worked here for eight years before leaving. Around this period, he wrote The Theory of Knowledge Implicit in Goethe's World-Conception – 1886 and Goethe's Conception of the World ¬– 1897.

Both of these works featured Goethe's philosophy. After that, he was bestowed with a doctorate from the University of Rostock in 1891. This was as a result of the dissertation revolving around Fichte’s ideology of ego.
Six years later, he migrated to Berlin. He continued his career here as he became the chief editor of a journal named Magazin für Literatur. He actively contributed to the journal with the hopes that he would obtain readership to his philosophical concepts.

In late 1912, Rudolf Steiner partnered with other German theosophists and established the Anthroposophical Society. The goal of founding this society was to develop a different kind of spirituality that was more inclined to the West. This led to the speedy growth of the new kind of spirituality. This was later regarded as one of Steiner’s major works that earned him high acclaim.

Rudolf Steiner tied the knot with Anna Eunicke in 1899. This marriage, however, came to an end. In 1911, Anna passed away. Three years later, he wedded Marie von Sivers. Marie was an actress from Baltic.

Rudolf Steiner suffered from stomach issues at the late stages of his life. This led to his early demise on March 30, 1925. He was 64 years old at the time of his death.