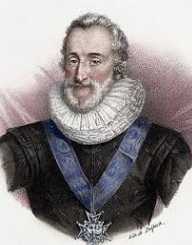 Henry IV was born on 11th November 1050, at the Imperial Palace of Goslar, Saxon. In 1056, he was only six years old when Pope Victor II crowned him King of Germany. His mother, Agnes of Poitou, became regent.

Anno educated and trained Henry, although much of his education was ignored. Henry became headstrong and ruthless in his young years. He regained control of his kingdom while Anno was away from Germany. Anno moved into a role in the church when he returned.

Henry IV made sure the nobility was loyal to him, as well as enjoying the support of the Pope.

He married Bertha of Savoy & Turin on June 1066. She was the daughter of Otto, Count of Savoy. Later that year, Henry organized an army to go into battle against the Italo-Normans. Henry received news that Godfrey of Tuscany had already defeated themHenry halted his advance and returned home. In 1068, Henry filed for divorce from Bertha, but the authorities denied his petition.

During the 1060s, Henry squashed several uprisings. He also had a significant battle against the Duke of Bavaria, Otto of Nordheim. Henry's fight against Otto lasted several years.

Controversy and the Church

Reform of the Church began during the reign of Henry III, Henry's father. One of the men wanting change was a monk named Hildebrand. He became Pope Gregory VII in 1073.

Henry IV listened to papal instructions in religious matters so that he could enjoy support from the Church. Gregory, however, continued to push the agenda of the Church.

Tensions continued to rise between the Church and the Empire. The religious council met in 1074 and 1075. They undid many of the policies put in place by Henry III. After winning the war against Otto, Henry interfered in the Church's affairs in Italy and Germany. He spoke out against papal rulings.

In 1075, Gregory excommunicated members of the Imperial Court. He threatened Henry as well with the same fate. Gregory clearly showed the power of the Church and its superiority to the Empire.

The Investiture Controversy began Christmas night in 1075. Gregory was kidnapped by a Roman noble. The Roman people released him, and Gregory blamed Henry as the organizer.

In January 1076, Henry IV led a synod of bishops and princes. They declared Gregory deposed. Gregory in return excommunicated Henry and his bishops.

Later that year, the German princes sought a resolution to the problem. They ordered Henry to repent, but he did not. He moved to Italy instead with his wife and son. Henry repented eventually, and Gregory canceled the excommunication.

In March 1077, the Great Saxon Revolt began. Rudolf of Rheinfelden declared himself opposed to Henry IV. One of his supporters crowned him in May. The people supported Henry. The population drove out Rheinfelden and his supporters, and Henry took control of Rudolf's lands. Gregory also felt the anger of the people by continually changing who he supported.

In October 1080, the two armies met. Rudolf died in battle, and Henry won the war. Over the next several years, Henry fought several battles. He fought at various locations in Italy, including, Rome, and Tuscany.

In 1088, Otto of Ostia became Pope Urban II. Otto's power was too strong for Henry. Henry continued to fight bravely, but his kingdom remained in a mess. Another pope had come to power, Paschal II. He excommunicated Henry, which caused further problems.

Henry ignored the Pope's order, and he began to restore order in his kingdom. In 1101, Henry put out a document to enable peace throughout his Empire. Peace lasted three years, and in 1104, Henry's son, Henry IV, rose against him.

The rebels took Henry IV prisoner, and they forced him to resign the throne. He escaped from prison soon after and found he had great support. In March 1106, Henry defeated the army of his son in Lorraine.

Bertha did in December 1087. Henry and Bertha had six children. Henry IV married Eupraxia of Kyiv, the daughter of Vsevolod I, in 1089.