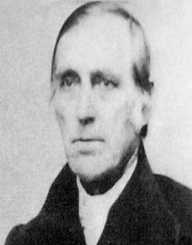 His parents were Quakers, and the family was anti-slavery in their thinking. By the time he was 15, Coffin was helping his family harbor runaway slaves on their farm. The family had to help the slaves in secret as the Fugitive Slave Act was enforced, and when the Black Laws passed in 1804, Quakers were openly persecuted for “presuming” to help slaves.

Many Quakers left North Carolina and moved to the Northwest, notably Ohio and Indiana, where slavery was banned. In 1822, Coffin went to Indiana with Benjamin White and stayed there for a year with the Whites. He returned to North Carolina for a short while, but Coffin then returned to Indiana.

When he returned to Indiana, Levi Coffin took up farming, and a year later he opened the first dry-goods store in Newport. His business was very successful, and Coffin believes the success of his business is what allowed him to help fugitive slaves as they made their way to Canada.

Coffin offered his home as a stop for fugitive slaves. There was a large black community living nearby that were free, but slaves that hid were often caught by the slave catchers who knew which houses they would hide in.

As the slaves started sheltering with Levi Coffin, word quickly spread, and Coffin believed he helped around 100 slaves per year to escape to Canada. Other neighbors joined in the efforts when they saw what success Coffin was having.

Moving the slaves from house to house became known as the Underground Railroad in the 1830s. Coffin built an excellent network of collaborators. His life was threatened all the time by the slave hunters, but Coffin took no notice and continued with his efforts.

As the town grew, Levi Coffin's business grew with it, supported by those who helped the anti-slavery movement. Coffin invested in the Second State Bank of Indiana, becoming a director of the Richmond, Indiana branch. He expanded his other businesses to include a mill that produced linseed oil, a paint shop, and a hog-butchering operation. He also purchased 250 acres of land.

In 1838, Coffin built a storied double house on the land. His house became known as the “Grand Central Station” of the Underground Railroad because he had so many fugitive slaves passing through. He also made hiding places for the slaves.

The pressure was growing on the Quaker community to stop helping the slaves. In 1842, the Society of Friends, to which Coffin belonged, ordered their members to stop assisting the runaways. Coffin continued to help the slaves, and he was expelled from the Quaker society.

Levi Coffin and other Quakers who continued to support the escape of the slaves formed the Antislavery Friends group. Coffin’s wife was in full support of her husband and helped him in his efforts to help the fugitive slaves.

Throughout the years, Coffin also became aware that many of the items he sold in his business had been produced by slave labor. He found organizations that used non-slave labor, and although he didn’t make much profit, he preferred to trade in these goods instead.

He agreed to do so for five years and to train someone else during that time who would be able to take over after he left. In 1847, Coffin and his wife moved to Ohio. As Coffin was only going for five years to get the warehouse up and running, he rented his Newport business to someone for the duration, and he set up his house so that it continued to be a stop for the Underground Railroad.

Finding a decent supply of free-trade quality items was a challenge for Levi Coffin, and the business struggled financially over the years. Because Coffin couldn’t get the business running successfully, he couldn’t get anybody in to train and run it after he left. Coffin sold the business in 1857, realizing that the business would not be able to remain profitable.

The Coffins purchased a house in Cincinnati and after several moves, had a large home where they rented out rooms, and it provided excellent cover as another stop in the Underground Railway.

As the American Civil War approached, Levi Coffin helped to establish a Cincinnati orphanage for blacks. Once war did break out, Coffin and his group began to help the wounded. Although he didn’t believe in war, he supported the Union. Coffin and his wife spent most of their time at the hospital looking after wounded soldiers and took many into their home.

In 1863, Coffin joined the Western Freedman’s Aid Society, assisting slaves who had been freed during the war. When the war was finished, he helped freed slaves to get educations and to start their own businesses. Coffin raised more than $100,000 in 12 months to directly help the newly freed slaves. The Society operated until 1870.

Levi Coffin's last years were spent out of public life. He spent his final year writing his autobiography, Reminiscences of Levi Coffin (1876).

In 1824, Levi Coffin married Catherine White. The couple had six children together.