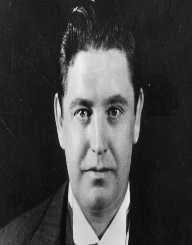 John McCormack was an Irish Roman Catholic noble and opera musician known for his clear tenor performances in Ireland and the US.

John Francis McCormack was born in a family eleven children belonging to Andrew and Hannah McCormack on June 14, 1884, in Athlone, Dublin. His parents were low-income workers at the Athlone Woolen Mills. He went to school at the Athlone primary school operated by the Marist Brothers. He later graduated from Summerhill College. He joined the St. Peter’s church choir in Athlone. In 1902, he began singing with the St Mary’s Cathedral choir in Dublin aged 18 years. The following year, he entered and won the first prize in the Irish National Music Festival in Dublin.

In 1904, he partnered with other upcoming Irish musicians to work on their different singing talents. One such musician was James Joyce. McCormack convinced Joyce to compete in the National Music Festival in 1904. Joyce obliged and came out third winning the bronze medal.

McCormack traveled to Milan, Italy in 1905 to apprentice under famed Italian musician and conductor Vincenzo Sabatini. He worked on synchronizing his voice, breathing, and dictum during performances. McCormack mastered the Italian genre of opera singing during several practice sessions he had with Sabatini. In 1906, he made his first opera singing at the Chiabrera Theater in Savona, northern Italy. He returned to London in 1907 and got a chance to perform at the Royal Opera house. He debuted in London with the performance of the Italian version of the opera Cavalleria Rusticana. He stayed at the opera with his Italian performances until the fall of the year.

McCormack moved to the US in November 1909. He made his first concert at the Manhattan Opera House with an Italian pseudonym Alfredo. He performed the La Traviata in different opera houses in New York in 1910, before appearing at the Metropolitan Opera house in November that year. He worked with the opera house from 1911 to the end of 1919. During this time, he sang in opera tours across the US. He performed at the Chicago Opera house between 1910 and 1911 as part of his contract with the Metropolitan Company.

He went on a tour of Australia in 1911 with Nellie Melba. He gained a reputation as a natural tenor during the tour dubbed the Melba Grand Opera Season. He also got duet performances with Luisa Tetrazzini in Italy during his European tour with the US Company. McCormack appeared in many concerts during his stay in the US with most performances. His style of dictum proved his versatility in the opera world. McCormack sang several notes between the high and low tenor ranges in the same sentence prose. He was one of the few singers who could sing Mozart compositions with perfection.

McCormack recorded many successful compositions during his career. When Europe was at war in WW1, he recorded the song titled It’s a Long Way to Tipperary in 1914. He did the song Calling Me Home to You in 1918, and other songs. McCormack retired from the opera world after his Monte Carlo concert in 1923. Some of his songs were released later after his retirement. The most notable are Song o’ My Heart in 1930 and Wings of the Morning in 1937. He, however, embarked on concert tours as a backup artist and musical director.

McCormack sang a melodious Italian tenor in almost his entire recording life. He endeared his voice to the British audience and the US public. He had the ability to sing all the high tenor dictums that most western European opera musicians found difficult. He blended his traditional Irish singing to the continental Italian and Mediterranean opera singing to entertain his audience.

On July 2, 1906, McCormack married Lily Foley in Dublin. They had two children during their marriage. In 1917, he became a US citizen. He also donated funds for the US campaign in WW1. In 1927, he moved his home to County Kildare in Ireland and settled with his wife. Due to his constant traveling schedule, he also maintained houses in London and the US.

He received many honors in his lifetime. He received three knighthood medals from the Vatican. He was also named as the Papal count in the Pontifical service in addition to many other medals.

John McCormack died at his Dublin home in September 1945 from chest complications occasioned by pneumonia. He was mourned across Ireland and Italy and later buried at the Deansgrange Cemetery in Dublin.

Throughout Ireland and the larger Western Europe, the distinctive tenor voice of John McCormack continues to entertain opera lovers through his recorded music.