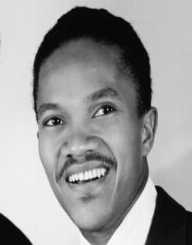 Harold Nicholas was a famous tap dancer and singer of African-American descent. Together with his brother Fayard Nicholas, they became a sensation in the mid-twentieth century’s showbiz scene. The Nicholas Brothers were very popular and widely appreciated by their contemporaries which included Gene Kelly and Fred Astaire. They are considered among the world’s greatest dancers.

Harold Lloyd Nicholas was born on March 27, 1921, in Winston-Salem, North Carolina. He was named after Harold Lloyd, a famous comedian from the silent era. Being born into a family of musicians, Harold was drawn to stage from a very early age. The live orchestra performances which their father conducted with their mother on the piano left an indelible mark on both the brothers. The brothers took up dancing and mastered the tap dancing art form. They notched it up a level by mixing it with acrobatics which is popularly known as flash dance – a particular type of tap dancing.

At a mere age of nine, Harold debuted at Cotton Club, the famous nightclub of New York City. While performing in such nightclubs, the brothers were spotted by the Hollywood giant Samuel Goldwyn. In 1934, Goldwyn gave them a break in the film Kid Millions, which was famous for the use of three-strip Technicolor. Harold became a regular in movies, appearing mostly in Twentieth Century Fox musicals alongside his brother, lighting up the silver screen with their sprightly dance numbers. Harold was noted for doing cartwheel landing in full splits. Some of their memorable films include Down Argentine Way, Sun Valley Serenade, Take It or Leave It, etc. The brothers’ last appearance together in celluloid was in the MGM classic The Pirate starring Judy Garland and Gene Kelly. Their Jumpin’ Jive number in the hit musical Stormy Weather made Fred Astaire declare it as the greatest musical number in cinema.

The brothers debuted on Broadway in 1936 in one of the series of Ziegfeld Follies. They also did a lot of vaudeville and television shows. In the 80s, Harold starred in the hit Broadway musical The Tap Dance Kid.

Harold and his brother were early champions of the Harlem Renaissance. Despite the racial problems at that time, the brothers managed to get appreciation and adulation from the white ‘intellectual’ and ‘elite’ class. They acted and danced alongside white co-stars in many of their films. After The Pirate, Harold left for France to pursue a solo career. But he used to come to the States frequently to perform with his brother at different shows. Harold continued to appear in films throughout the 80s and 90s.

Harold was a recipient of numerous accolades like Dance Educators of America Award, Harbor Performing Arts Center Lifetime Achievement Award, Ebony Lifetime Achievement Award, Black Filmmakers Hall of Fame, etc. He and his brother received a star on the Walk of Fame at 7083 Hollywood Blvd., on 2 January 1994. He was also bestowed upon with the Kennedy Center Honors by President George Bush. In 2002, the brothers were inducted into the International Tap Dance Hall of Fame.

Harold was married to Academy Award-nominated actress Dorothy Dandridge. They remained married for nine years and had a daughter named Harolyn Suzanne. Harold then married Elyanne Patronne and raised a son named Melih. But this one didn’t last either. He later married Rigmor Newman Nicholas, who remained with him till he breathed his last.