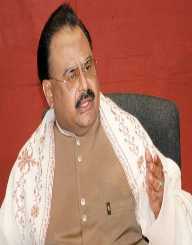 A British Pakistan Statesman, Altaf Hussain is an authoritative figure and founder of Muttahida Quami Movement or MQM in Pakistan. He is an arguable figure who has been known for using violence for nothing else than to embrace power. Before fame, Altaf once wanted to join the Pakistan army without success. Reason being that he was an expatriate. This is what made him establish a new Urdu-Speaking political party called Muhajir in 1984. His dire need in activism led him to be sent to exile where he currently resides in Britain. As the main leader of the Congress, Altaf felt an urge and need to change Pakistan’s political situation. As a result, tons of his members perished due to sudden clash with the government authorities. Regardless of him not being in Pakistan, Hussain still plays a major role when it comes to controlling and retaining the political regime in Karachi, Pakistan. The high criminal record led him to call prison as his second home. He tries his best to represent his country; little does he know that he is now defined as an estranged figure. Read on.

I wonder if Altaf Hussain was called to tackle any political deals, all he called himself so soon. I am simply saying this because the Pakistanis still believe that he assumed his political roles. Lack of empathy, fear of defeat and the ability to find a win to win deal led him to live as an expatriate. The lack of subtleness and balance made him follow a conundrum path that is quite unpredictable. Above all, Hussain is always driven by optimism and not pessimists. He will never stop to believe that humans are opted to overcome any challenges with less effort. It is not just the ideas that drive him, but his actions define his deepest traits.

On 17th, September 1953 the Uttar Pradesh natives called Nazir Hussain, and Khursheed Begum was blessed with a son in Karachi, Pakistan. He was none other than Altaf Hussain who loved to spend time with his ten siblings. Since inception his family hailed from India, but they later moved to Pakistan due to 1940s Great Britain Independence.
Before settling down in Pakistan, Altaf’s father, Nazir served at a local Indian Railway. His great-grandfather, Mohammed Ramazan was known as a promising statesman in Agra, India. In the mid of 1960s Hussain’s family went to live in Azizabad, Karachi. It was there that Altaf joined the Government Boys High School where he graduated in 1969.

After a short pause, Altaf Hussain joined the City College of Karachi and later Islamia Science College. Here, he received his Bachelor of Science degree in 1974. He then attended the University of Karachi after four years. Before his graduation, Altaf found himself behind bars for nine months after forming a riot for the release of innocent Pakistanis. It was after his release from prison that he opted to form his party called All Pakistan Muhajir Students Organization. The team discussed the optimum rights of Muhajir students.

Before landing a job as a pharmacist intern at Seventh Day Adventist Hospital, Hussain first garnered his Bachelor of Pharmacy at the University of Karachi in 1979.After several years, he established his party called MohajirQuami Movement in Pakistan. He later renamed the party as MuttahidaQuami Movement in 1997.

Following immense demonstrations and riots, Hussain got himself behind bars in 1986.His charges were dropped which led him to indulge himself in more scuffles. The following year, he was arrested with other members of MQM Party till his end release in 1988.It was here that Altaf opted to engage his party in other political regimes. Although his party lost power at the end of the national elections, Hussain struggled till the end of time.

Early in 1992, the Pakistan government re-established a theme called Operation Clean-Up. It was here that a dozen of MQM’s members was arrested and others lost their lives. For this reason, Altaf Hussain went to seek refuge in Britain where he was given a political asylum from the Pakistani government.

In 1995 Hussain lost his dearest brother Nasir and his close nephew, Arif. After five years he received his full citizenship from the British government. In 2009 Hussain was charged with over 70 delinquent cases which were later dropped following his reconciliation process. After some time, he was accused of being involved in the murder of two Pakistani leaders, Imran Farooq and Shahis Hussain. It was also the same year that the British police arrested him due to money laundering followed by hate speech.

Altaf Hussain is widely known as the founder of MQM Party since 1984. To date, he is regarded as the longest-serving leader of the Muhajir Organization in Karachi, Pakistan. When it comes to his personal life, Altaf married Faiza Altaf with whom he has a child called Afzaaa Altaf. According to sources, the couples are currently divorced.