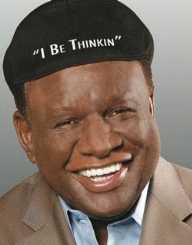 Otherwise known as The Governor, George Wallace came to fame as a stand-up comedian and even made an appearance on several films and television shows. He used to frontline for shows at Las Vegas but ended the stint to pursue other activities. Wallace is also named as the best man on fellow comedian Jerry Seinfeld’s wedding. He also published a book under his name entitled Laff it Off! which was released in 2013.

Born in Atlanta Georgia on July 21, 1952, to Mary Lour and George Wallace Sr., he was one of seven siblings and shared the same name as then-Alabama governor George Wallace hence him being dubbed as The Governor. At the age of 6, he found his talent in comedy and attended Lynwood Park Elementary School and its high school.

When his mother died, the family relocated to Ohio where he found employment at the Firestone Tire. He pursued a degree in marketing and advertising at the University of Akron in Ohio and upon graduation moved to New York City.

At New York, George Wallace took his chances on becoming a comedian and juggled in between gigs and working as an advertising agent to help pay the bills.

George Wallace found his break when one of his clients owned a comedy bar, and the club owner took a liking to his humor and character. At the time, he met fellow comedian Jerry Seinfeld who also became a lifelong friend. His first stand-up gig was on 1977 and was wholly improvised which the audience likened.

The Rise of a Comedic Star

A year later after his first act, George Wallace moved to the West Coast where his career flourished, and he was discovered by one of the producers of The Redd Foxs Show who offered him a job as one of the writers of the series. He made a few cameo roles in selected films such as Things Are Tough All Over which was released in 1982 and the Punchline which premiered in 1988 wherein he worked alongside Tom Hanks.

From there, he became an apparent character and continued to make appearances on films such as A Rage in Harlem which was released in 1991 and Batman Forever in 1995 wherein he was also hailed as by the American Comedy Awards as the Best Male Standup Comedian.

He also appeared in local television shows such as The Tonight Show, Late Night with David Letterman and The Oprah Winfrey Show.  He extended his talent on local TV series such as Scrubs, Seinfeld, House of Payne, and K.C. Undercover.