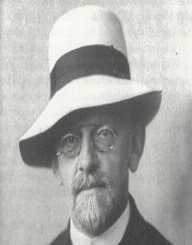 Peter Gustav Lejeune Dirichlet was a German Mathematician born on February 13th, 1805. He is best remembered for the number theory contributions that he made.  He was also a lecturer and worked in mathematical physics. He focused his lectures mainly on least squares and probability theory.

He later published theories on the Dirichlet principle and the Dirichlet problem. His interest in mathematics developed while he was a little boy. He would spend his pocket money on mathematics books when boys his age bought bikes and other goodies. At the age of 12, he joined the Gymnasium located in Bonn.

Peter Gustav Lejeune Dirichlet was born on February 13th, 1805. His place of birth was in a town that was part of the French empire, Düren. He was the last born child of Anna Elisabeth and Johann Dirichlet. His father was a City councilor and a postmaster. He also earned a living as a merchant. He had six older siblings.

His parents wished for him to become a merchant just like his father. However, Peter Gustav Lejeune Dirichlet persuaded them otherwise. He wanted a career of his favorite subject mathematics. In 1817, he joined the Gymnasium situated in Bonn. He was 12 years old at the time.

Three years later in 1820, he shifted to the Jesuit Gymnasium in Cologne.  He studied under a brilliant mathematician Georg Ohm during this time. He moved to Paris in France in 1822 and enrolled in the Collège de France. He also studied in the Faculté des sciences de Paris. Meanwhile, he earned a living as a private tutor.

Peter Gustav Lejeune Dirichlet began his career when he was still a student. Among his first researchers was his research on the last theorem of Fermat. Other mathematicians of his time applauded this research, and his journey to fame officially began.

He joined the French Academy of Sciences in 1825 as a lecturer. He was just 20 years old at the time. He had not even attained his degree at the time. He went back to Germany in 1825. In 1827, he received his habilitation which allowed him allowed him to give lectures at any German university. He wasted no time but started lecturing right away in that year. He worked at Breslau till 1828 then traveled to Berlin that same year.

In 1832, Peter Gustav Lejeune Dirichlet tied the knot with Rebecka Mendelssohn. She was a renowned Jewish banker’s daughter. They were blessed with two children.