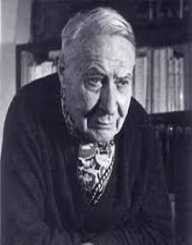 André Masson was a French painter born in 1896 and died in 1987. His interest in art developed at a young age. He was only eleven when he began studying art in Brussels under Constant Montald in the Académie Royale des Beaux-Arts. During World War II, he was seriously injured. The renowned painter initially had an interest in cubism before shifting to surrealism.

Additionally, even more, notable was his skill in automatic drawing. With a pen and ink, he made several automatic works. He painted Acéphale in 1936. Masson received a golden opportunity of having his work acknowledged in the U.S. by the likes of Jackson Pollock. This was after he was forced to flee his country after the Nazis condemned his work that portrayed the war.

On January 4, 1896, painter André Masson was born in Balagny, France. Jacques Lacan, the psychoanalyst was his half-brother. When Masson turned eleven, he joined the Académie Royale des Beaux-Arts. Thereafter, he also continued his studies in Paris.

André Masson along with other artists working near his studio tried experiments on altered states of consciousness. They were Jean Dubuffet, Antonin Artaud, Joan Miró, Michel Leiris Georges Bataille, and Georges Malkin.

Additionally, he continued with other experiments in the coming years. For instance, around 1926, he began an experiment of throwing glue and sand onto canvas to form various shapes. He would then make oil paintings on those shapes.

Some of his other paintings reflected the Civil War which broke out when he was in Spain. However, the Nazis greatly condemned his work a degenerate. Masson had to escape to the United States through Martinique (the French island).

Luckily, his work was accepted in America. American abstract expressionists found his work quite influential, including Jackson Pollock. After the war, he returned to France and focused on painting many landscapes.

Diego Masson, his son, was born in 1935. He earns a living as a composer, conductor, and percussionist. On the other hand, his other son, Luis Masson grew up to be an actor. Lili Masson, a painter is his daughter born in 1920. He married Odette Cabale and later Rose in 1934.